"A person like Taylor Swift, who is very pretty ... is actually much harder [to sketch]" 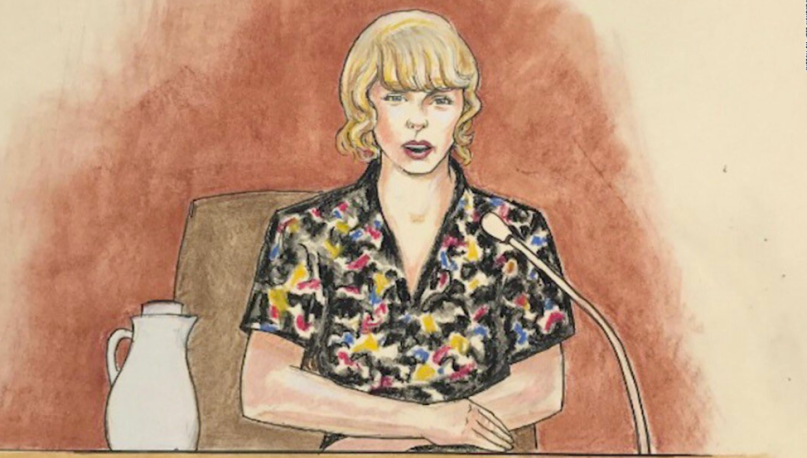 Radio DJ David Mueller recently lost a court case in which he attempted to sue Taylor Swift for defamation after he groped her during a photo-op. Mueller wasn’t the only one to received judgement as a result of the trial, however. Swifties all over the Internet bashed courtroom sketch artist Jeff Kandyba for what they saw as a terrible representation of their pop queen.

The cracks ranged from quipping that Kandyba must be a Katy Perry fan to questioning whether he favored Mueller’s side of the case. In a series of interviews, however, the veteran courtroom artist defended his unflattering illustrations. “A person like Taylor Swift, who is very pretty — very perfectly proportioned dimensions on her face — is actually much harder [to sketch],” he explained. He added, “It’s hard. Some people are just much easier to draw than others. If you give me somebody with a beard and glasses, bingo, got it.”

(Read: 10 More Celebrities We Want to See on Game of Thrones)

Kandyba, who has been Denver’s go-to courtroom sketcher since the ’80s, said he was “very nervous” ahead of the trial. He researched images of Swift online and practiced drawing her face, but things are more difficult in a live setting with a moving subject. “I’m probably sitting 35 feet away from her looking through binoculars,” Kandyba told Westword, “and if you’ve ever tried to draw anything looking through binoculars, it’s not the easiest thing in the world. You go more for resemblance, and hopefully you can at least get that.”

As for accusations that Kandyba’s subpar representation of Swift was somehow an indication of his personal opinions on the case, he said he doesn’t “have a horse in either of those races.” “I don’t listen to either of them,” he continued. “I know who they are, and I think they both seem like really fine individuals. But I don’t have a preference either way.”

Pop star diehards are known to have ultra-defensive online presences, but Kandyba wants Swifties to know he has nothing against their personal idol. “I just want those emails off me,” he said.

Watch a clip from Denver’s Fox 31‘s report on Kandyba below (via Stereogum).