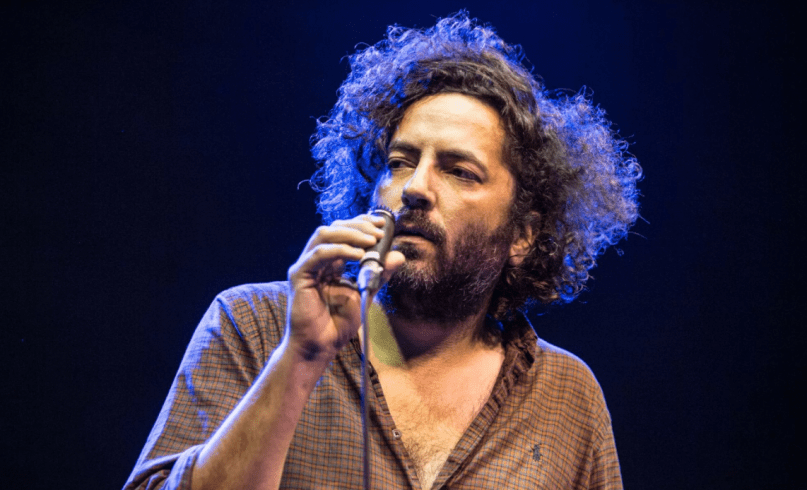 Dan Bejar is back with a new album as Destroyer. Entitled ken, the 11-track effort is due out October 20th via Merge Records.

ken was produced by Josh Wells of Black Mountain, who has been the drummer in Destroyer since 2012. The album was recorded in its entirety in the jam space/studio space that the group calls The Balloon Factory. However, unlike Destroyer’s previous album, 2015’s Poison Season, ken was not recorded as a “band” record, though everyone in the band does make an appearance, as a press release explains.

In a statement, Bejar explained the inspiration for the album’s title:

“Sometime last year, I discovered that the original name for ‘The Wild Ones’ (one of the great English-language ballads of the last 100 years or so) was ‘Ken’. I had an epiphany, I was physically struck by this information. In an attempt to hold on to this feeling, I decided to lift the original title of that song and use it for my own purposes. It’s unclear to me what that purpose is, or what the connection is. I was not thinking about Suede when making this record. I was thinking about the last few years of the Thatcher era. Those were the years when music first really came at me like a sickness, I had it bad. Maybe ‘The Wild Ones’ speaks to that feeling, probably why Suede made no sense in America. I think ‘ken’ also means ‘to know.'”

To preview ken, Bejar has released the album’s first single, “Sky’s Grey”. The track toys with anxious percussion and expansive keys before settling into a dreamy stroll. Meanwhile, Bejar delivers lounge-y observations of the current economic state of the country: Come one, come all/ Dear young revolutionary capitalists/ The groom’s in the gutter, the bride just pissed herself/ I’ve been working on the new Oliver Twist.”

Take a listen via the lyric video below.

Pre-orders for ken are available here. The tracklist and cover art are below.

In October, Bejar will embark on a European tour.