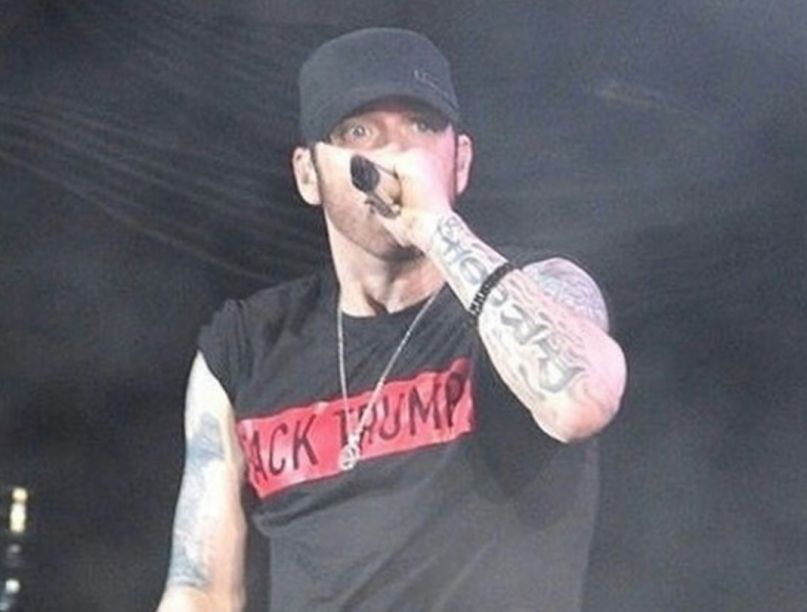 Like any person with an ounce of compassion in their heart, Eminem isn’t a fan of Donald Trump. After making his feelings clear on the explosive track “Campaign Speech” last fall, the Detroit MC followed up earlier this year with another diss on the Big Sean’s “No Favors”. During a few recent performances in Europe, the rapper continued his criticism of the US President.

While wearing a “Fack Trump” t-shirt, Slim Shady paused his concert at Bellahouston Park in Glasgow, Scotland on Thursday to address the crowd. “Scotland, you might have to be our new home because right now shit ain’t going so well in the States,” he said. “I just wanna take this moment out right now and say motherfuck Donald Trump.”

A few days later, Eminem took the stage at Reading Festival and got 90,000 fans involved in the fun with a “Fuck Trump!” chant. “I don’t want to cause any controversy so I won’t say no names but this motherfucker, Donald Trump, I can’t stand,” he proclaimed. “So before we get into this next song, we would like to request something of you. When I say ‘Fuck,’ you say ‘Trump’.”

Check out the fan-shot footage below.

Eminem performing in a shirt that says "FACK TRUMP" on it pic.twitter.com/Z7nRvTReqn