A tense, thoroughly enjoyable spooker that hits a few too many expected beats 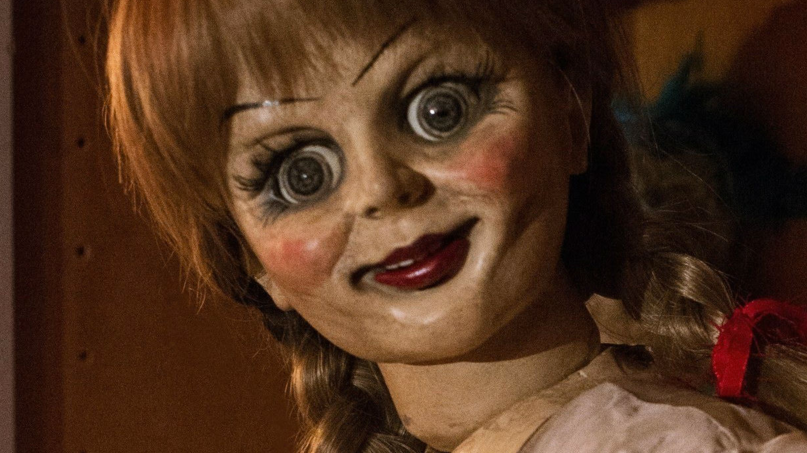 Horror used to have a sequel problem. Remember all those Saws? All those Paranormal Activities? Even the power of 2007’s [REC], one of this author’s all-time favorite horrors, was hurt by the diminishing returns of its sequels. That’s begun to change over the last year or so, with horror movies going the way of the video game in terms of producing follow-ups that right the original’s wrongs while also developing a singular identity for themselves.

Last July, for example, we received the best Purge entry yet in Purge: Election Year, which was shortly followed by another strong Blumhouse entry in Ouija: Origin of Evil. Not only were these films improvements over their predecessors; they were genuine artistic statements. I don’t mean to sound highfalutin here — these movies aren’t game-changers or anything — but to compare the first Ouija with its sequel is to compare a cafeteria’s Salisbury steak with a grilled bone-in T-bone. Films seemingly meant to be cash-ins have suddenly become viable horror films with a distinct aesthetic and a palpable understanding of horror.

And that brings us to Annabelle: Creation, a film that, based on its vapid predecessor, was going to be another paper-thin gauntlet of unearned jump scares and ear-bleeding stings, a movie that tells you it’s scary in lieu of creating any lasting sense of dread or unease. Hell, the thing’s a prequel to a prequel, a tell-tale sign that the filmmakers find mythology frightening when clarity has always and will always remain horror’s kryptonite. What we get instead, surprisingly, is a patient, handsomely shot exercise in sustained tension, a film that understands the power of a pitch-black doorway and the restraint to not show us what lies beyond it.

Director David F. Sandberg enjoyed critical and commercial success with last year’s Lights Out, a film that this writer found shrill, obnoxious, and thoroughly unenjoyable. I was shocked, then, to discover that most of the things I hated about Lights Out — the dud characters, the gimmick of its central creature, and, most emphatically, its inability to produce a scare without relying on a deafening sting — were mostly absent in Annabelle: Creation. In fact, it’s hard to believe the same director helmed both films.

The film opens, predictably, with the creation of the titular doll in the ‘40s. She was made by Samuel Mullins (Anthony LaPaglia), who lives in a tiny Midwest town with his wife, Esther (Miranda Otto), and daughter, Annabelle (Samara Lee). After the youngest Mullins dies in a car accident, the action leaps forward several years, when the Mullins’ home is being used as a makeshift orphanage for Sister Charlotte and the children for which cares. Among them are Janice (Talitha Bateman) and Linda (Lulu Wilson), the outcasts of the group who also happen to be the ones who first encounter the central doll in Annabelle’s sealed-up bedroom. At first, the creepy happenings are confined to Annabelle’s room, but they soon begin proliferating through every inch of the estate, terrorizing Sister Charlotte in addition to the other girls.

(Read This: In 2013, The Conjuring Wanted Everyone to Believe in Ghosts)

The scares mount gradually. A creaking door here, an unexplainable doll sighting there. Unlike in his previous film, Sandberg doesn’t telegraph his scares; rather, he lets them breathe. A scene in Annabelle’s bedroom, for example, finds a pair of hand puppets putting on a show all by themselves. It’s a simple, effective sequence that’s scary because the puppets don’t do anything overtly terrifying. Rather, they serve to cultivate unease in a way that better serves the scare waiting just around the corner. By that time, Sandberg has earned his sting (though this time, bless him, he’s learned that volume is not commensurate with fright).

But Sandberg finds much of his terror in the tension that exists between light and shadow, an unsurprising discovery considering his previous film hinged on the two. They’re used much more effectively here, however, whether that be through the coins of shadow obscuring the doll’s eyes when we first meet her, or the figure slowly creeping toward a pair of girls hiding beneath a white blanket with a flashlight. Some of the film’s best sequences find characters disappearing simply and silently into the wall of darkness at the end of a hallway. It’s an example of simple, back-to-basics horror filmmaking that makes the movie’s moments of quaking dissonance that much more effective.

Of course, to dig too deep into the logic behind some of these scares is to march yourself into more than a few dead ends. One particular sequence, though eerily shot, is essentially there for the sole purpose of teasing The Conjuring’s other forthcoming spin-off, The Nun. Also, the odd emphasis placed on a monstrous scarecrow is enough to make one wonder if they’re interested in stretching this cinematic universe that much further. Spin-offs are fine, guys, but let’s not go the way of The Mummy here. The story should come first.

Annabelle: Creation works because it doesn’t rely on your knowledge of the doll’s presence in either The Conjuring or the previous Annabelle. Prequels have been an unlikely boon in this space; like Ouija: Origin of Evil, Annabelle: Creation is, for the most part, a standalone effort.

Whether The Nun will get it right on the first try is yet to be seen, though we’re banking on the inevitable prequel being a lot better.