The Safdie brothers' phantasmagoric exploration of NYC is lurid, kinetic, and vibrantly alive 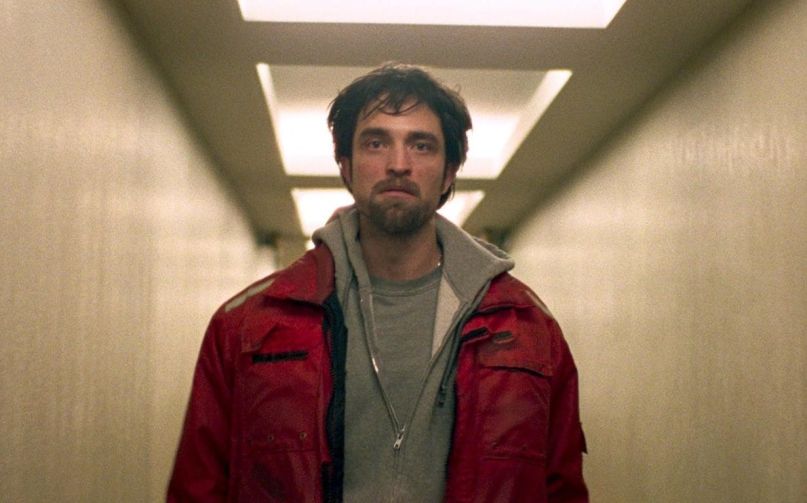 Like some of the best films about New York City, Good Time ably captures the constancy of movement at all hours of the night. Much of the film’s action takes place in half-empty hospitals and apartments and an amusement park after closing hours. Yet, in every case, somebody is still pulling a graveyard shift, getting high, looking out for their own, or just trying to get paid. That last bit is integral to Joshua and Ben Safdie’s harrowing single-night odyssey: we’re all hustling, in one way or another, all the time. Some are just a lot better at it than others.

Early on, it seems like Constantine “Connie” Nikas (Robert Pattinson) could be among the best. A straw-haired degenerate in an oversized hoodie, with wild eyes that exude canny survivalism and junkie panic in equal measures, Connie has bigger plans for himself and his brother, Nick (co-director Ben). An unnerving early sequence watches Nick, captured in the Safdies’ already-signature nauseating close-ups, as he attempts to work through a behavioral therapy session. Nick deals with some sort of neurological disability, but Connie refuses to allow his brother to be put through sessions that he finds both demeaning and upsetting to his brother. (For his part, Nick’s difficulty with regard to even basic questions suggests that he absolutely should be getting more help than he’s evidently had.) As Connie tells him, “It’s just you and me. I’m your friend. Alright?”

And then Connie and Nick don facial prosthetics and stage one of the more exhilarating bank robberies in recent cinematic history, made all the more so by the matter-of-fact staging with which it’s delivered. Good Time is a wandering film, and not all of its many digressions land. But the best ones, starting with the robbery and its screw-tightening aftermath, offer the kind of “pure cinema” capable of sending even the most jaded critics and audiences into fits of white-knuckle panic. Connie is simultaneously more shrewd than his wiry appearance would suggest and tragically over-convinced of his own genius. Soon an unexpected paint bag is triggered, Nick ends up in police custody and sent off to await trial on Rikers Island, and Connie is left to somehow obtain $10,000 for Nick’s bail before things can get any worse.

Over the course of a night bathed in neon, pitch-darkness, and depravity, Connie encounters a number of fellow strays on his way to save Nick from the kind of hell that Connie himself has created for his brother. Good Time recalls the wearily hallucinatory qualities of other one-shot stories like Night on Earth and After Hours, but what the Safdies and co-screenwriter Ronald Bronstein accomplish here is a film of a distinctly filthy ilk. The Safdies’ exceptional 2015 feature Heaven Knows What displayed a similarly keen eye for the rituals of the day-at-a-time criminal, but where that film took a borderline anti-narrative approach to its travels alongside an unrepentant heroin addict, Good Time functions on more of a rail, albeit a ferocious one.

Good Time takes an episodic approach to Connie’s journey, and those episodes are consistently engaging, even as some of them occasionally threaten to leech away at the film’s breakneck momentum. One vignette involving a siege on a hospital leads to a remarkable gallows punchline. Connie finds a moment of respite with Crystal (Taliah Webster), an underage girl who recognizes Connie’s need for shelter as both suspicious and not worth causing too much trouble over. A security guard at that aforementioned theme park (Barkhad Abdi) finds himself with the severe misfortune of happening onto Connie’s barreling path. Some leave more of an impression than others; an encounter with a beaten parolee (Buddy Duress) leads to an onscreen digression so lengthy that it at once fits well within the film’s anything-goes rhythm and brings it to a near-complete halt. (It’s nevertheless a damned funny few minutes of filmmaking, in a vacuum.) Connie’s frantic appeals to Corey (Jennifer Jason Leigh), a well-off but unreliable lover, feel equally at odds with the film’s central story, even if Leigh’s nervous performance serves as one of the film’s many deft methods of creating absolute unease.

The Safdies build a world of constant paranoia in every way, from the shaky handheld photography to the endless parade of strangers existing as possible would-be hazards. But the most exceptional method is the rattling, sumptuous score by Oneohtrix Point Never. That it’s easily the best compositional work to grace any 2017 film to date is secondary; this is one of those rare film scores that emerges as its own character, as integral to the success of Good Time as any of the film’s impressive performances. As the Safdies race from one stunning image to the next (a zoomed-out crane motif framing Connie as a constant rat in an overwhelming maze, a dark room lit solely by a grainy television), OPN’s endless cycles of oppressive synths and dissonant electronic sounds conjure unease even in the most straightforward moments of respite. The score is a faithful mirror of Connie’s psyche, all panic and terror and fleeting instances of stoned, euphoric grandeur.

Good Time is a film of trembling anxiety, and while the score and the Safdies’ terrific direction both aid this, it’s Pattinson’s outstanding performance that pins even the most outlandish occurrences to a deep sense of emotion. The actor, having long abandoned the days of stiff paycheck roles for increasingly ambitious fare, delivers a feral star turn that should more than silence any remaining skeptics. Like an animal, Connie simply reacts with an alarming lack of forethought, and Pattinson almost appears to be piecing each scene together as he goes along. But this is a meticulous performance; his slow crescendo of harrowing desperation builds to one lingering shot that builds a wealth of meaning out of the actor’s tightly framed visage, defining the entire film before it in a single image of Pattinson’s face. In a world of near-anarchy, it’s Connie who holds it all together.

At one point in his journey, Connie asserts that “something is happening to me tonight, and I feel like it’s deeply connected to my purpose.” It’s a purpose rife with drugs and exploitation and an inexplicable allusion to Pepe the Frog that will undoubtedly spur on many an addled debate in the coming weeks, but it’s a purpose that Connie pursues with alarming velocity. In its immersion in a world full of scrambling and sweat and constant alarm, Good Time observes something primal about the worlds that exist beneath the worlds in which so many other movies are made and viewed. There’s no time for thinking and even less for processing. You simply react until you can’t any longer.