Matt Spicer's fanged L.A. satire shines for its performances, even as it aims for easy targets 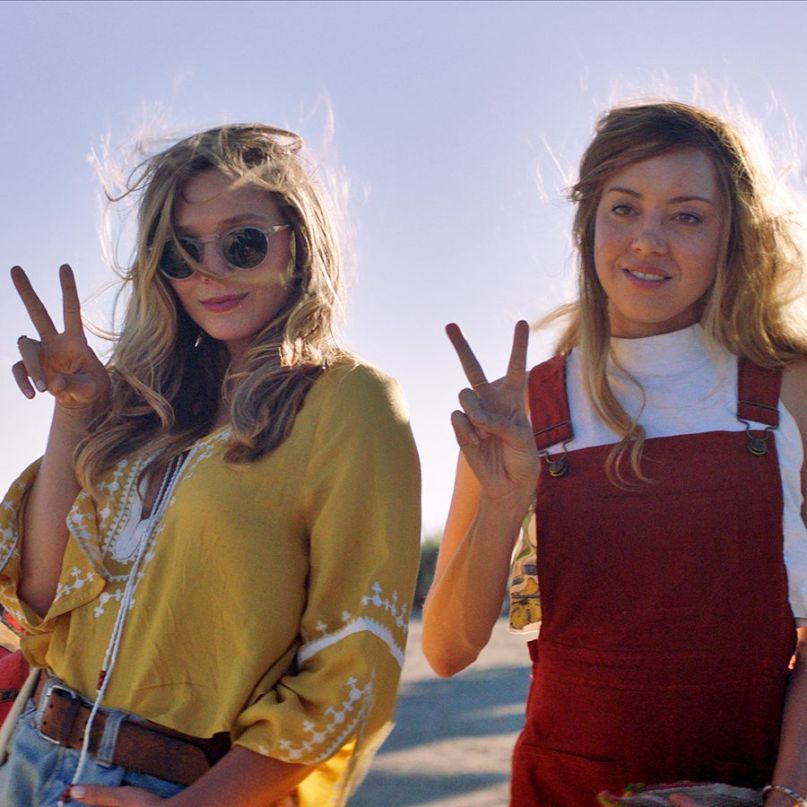 The ubiquity and vapid nature of social media culture has garnered no shortage of scaremongering attention in recent years, from think pieces decrying millennial love affairs with smartphones to pretty much every episode of Black Mirror. To be fair, there’s plenty to say about our newly expanded ability to share our entire lives with the world – the tendency to curate idealized versions of our lives on social media, the blurring of boundaries between follower and friend, the performative nature of our lives on those platforms, and so on. Director and co-writer Matt Spicer’s feature debut Ingrid Goes West dives into these questions with a seriocomic edge and a fearless central performance from Aubrey Plaza, even if those ideas aren’t always explored with the depth they deserve.

Ingrid Goes West makes no bones about the instability of its titular character, opening with a darkly comic incident in which Ingrid (Plaza), a young woman in Pennsylvania experiencing a mental breakdown after the death of her mother, sobs over the #perfect wedding of an Instagram acquaintance and their cloyingly quirky photos. Feeling spurned that the woman didn’t invite her to the wedding, Ingrid responds in kind by showing up to the reception in pajamas, with a can of mace.

Following that debacle (and a short stint in a psychiatric hospital), Ingrid obsessively searches through Instagram for her next object of attention. Soon she stumbles upon Taylor Sloane (Elizabeth Olsen), an amalgam of every L.A.-based Instagram ‘influencer’ you’ve ever seen. Her feed is filled with flawless pictures of sleek, sexy outfits, top-down shots of beautiful lunches, and Joan Didion quotes that give off the illusion of profundity. Immediately smitten, Ingrid withdraws the $60,000 her mother left her and jets off to L.A. to scheme her way into Taylor’s life.

Spicer and co-writer David Branson Smith work hard to juggle the bleak tragedy of Ingrid’s foolish quest for validation and attention with the quirkiness of their characters. With every unscrupulous decision Ingrid makes in the name of getting closer to Taylor (including the kidnapping of Taylor’s dog, just to engineer its return as an excuse for a face-to-face meeting), Spicer and Smith turn the screws of discomfort on their audience. This balance of tones makes for a fizzing mixture of impending doom and outrageous, ballsy comedy that’s exciting to watch, especially in the film’s first half.

Of course, their greatest weapon is Plaza, a brilliant comedic actress whose unsteady voice and huge, steely eyes offer a great vehicle for Ingrid’s desperation. Ingrid feels like a fully-formed creature birthed from Plaza’s comic persona, every nervous smile and change in social tactics coming off as effortless. As the film unfolds, Ingrid’s single-minded pursuit of Taylor’s approval sends her to some tremendously dark places, and a lesser actress than Plaza could have led the film’s savage comedy astray.

While Ingrid, and Plaza, are the primary focus of Spicer’s attention, the film’s delicious mix of cringe humor and menace are aided by some delectable supporting characters. Foremost is Ingrid’s screenwriter and landlord Dan Pinto (O’Shea Jackson Jr.), a charmingly affable fellow who offers his truck, his companionship, and his dopey obsession with Batman to his unappreciative neighbor. He’s an island of authenticity in the narcissistic L.A. world that Taylor and her cadre personify, and provides the kind of grounding presence that Ingrid needs, or would if Ingrid were a little less single-minded. Billy Magnusson, meanwhile, steals every scene he’s in as Taylor’s controlling, manipulative brother Nicky. His return to Taylor’s inner circle quickly threatens Ingrid’s social standing, and the scenes in which Nicky and Ingrid eye each other up for top-flight status in Taylor’s heart are among the film’s most harrowing, and entertaining.

Despite Ingrid’s many charms, its digs at social media culture and Instagram celebrity are sometimes shallow and one-sided to a disappointing extent, amounting to little more than pearl-clutching in the vein of “kids these days with their phones, right?”. Instagram posts are read aloud in dry voiceovers by their authors, including rote descriptions of the emojis they use. (Note: at least, in this respect, Ingrid Goes West may be the best Emoji Movie released this summer.) Other aspects of Ingrid’s world are dismissively framed as single-joke jabs at the superficiality of social media culture. For instance, Taylor’s husband Ezra (Wyatt Russell) is a found object artist, whose sole project involves taking old paintings found in garage sales and painting hashtags over them in block letters. Ingrid buys one that reads “SQUADGOALS.”

At first, Taylor is viewed as charming and effervescent, warming up to Ingrid’s overtures and evoking the kind of bubbly, brand-friendly personality that her older twin sisters likely enjoy. However, the film’s second half increasingly abstracts Taylor as her attention drifts away from Ingrid, with Spicer painting this as yet another aspect of L.A. superficiality. It’s obviously born from the filmmakers’ admirable desire to keep the focus on Ingrid and her feelings of #FOMO, but it also has the frustrating effect of holding Taylor’s perspective at arm’s length. Even as Ingrid’s desperation to remain Taylor’s friend escalates into depravity in the film’s blistering final act, the novelty of Spicer’s concept gives way to a few depressingly familiar beats. By the end it’s clear that while Ingrid is an unstable stalker, capable of doing horrible things to get what she wants, Spicer wants it known that those petty millennials with their smoothie bowls and chai lattes are the real bad guys.

While there’s something to Ingrid Goes West and its indictment of insufferable L.A. millennial culture and social media’s dangers, Spicer’s targets are too bluntly specific to make the sort of nuanced argument that the film aims to attempt. But even so, the film’s modest scope allows for a brilliant showcase for Plaza and her costars, offering an engrossing modern spin on Single White Female even as it stops short of any truly great insights about our hyper-visible world.