A lazily assembled, thematically ugly stab at a buddy action film that misses nearly every mark 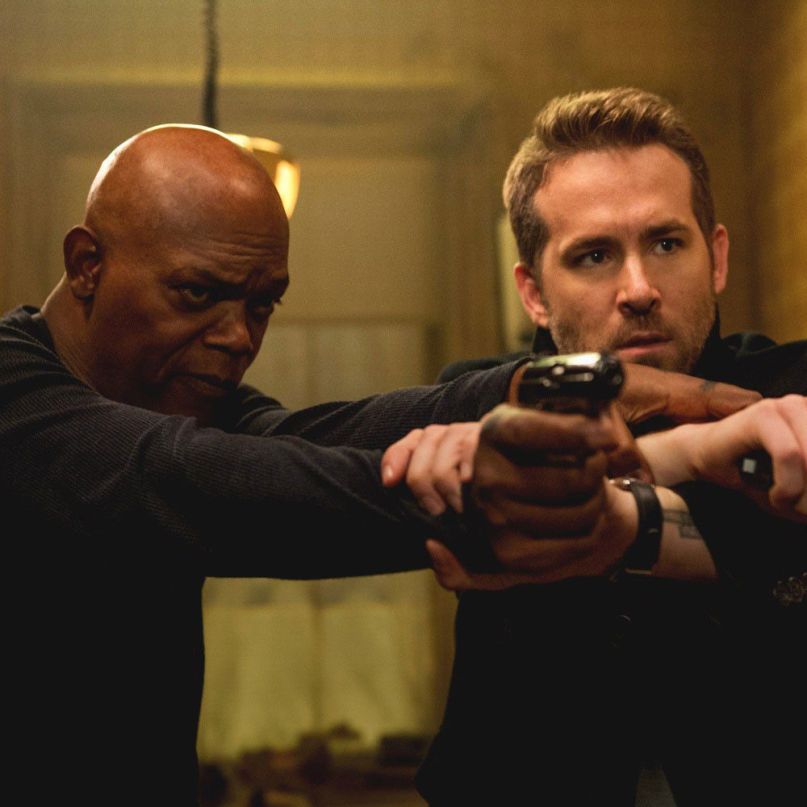 August has finally arrived at the cinema, the awkward phase of the year where studios have to release something between the big, brassy summer blockbusters and the contemplative winter Oscar fare. The Hitman’s Bodyguard, with all its feigned personality and complete lack of polish, is the ur-August movie – a sloppy crowd-pleaser with phoned-in performances by two A-listers happy to spend a few weeks in Europe with their stuntmen. It may keep your easy-to-please dad occupied, but for the rest of us, it’s an excruciating two hours at the movies.

Let’s be honest: you don’t care what the plot of The Hitman’s Bodyguard is. No one does, from the people who made the film to the people who might actually enjoy it. Story-wise, it’s a Mad Libs of every lazy action film of the past twenty years, with a sniveling Eastern European dictator (Gary Oldman, cowering in a hotel room for most of the film), armies of bearded henchmen with vans and machine guns, and a pair of unlikely heroes who need to get to X place by Y time to save the day and get their girls.

Forget about what happens in the movie; you and I and the filmmakers know it’s just an excuse to throw Ryan Reynolds and Samuel L. Jackson in a car with a blue-screen background to bicker with each other for cheap laughs. Reynolds plays a down-on-his-luck bodyguard tasked with bringing Jackson, a veteran hitman/star witness in Oldman’s war crimes trial, to The Hague to give testimony at the International Criminal Court. Reynolds is meticulous and by-the-book, except when he’s paradoxically a reckless loudmouth; Jackson (whose character name is, no kidding, Darius Kincaid) is a reckless loudmouth 100% of the time, working on instinct and haranguing Reynolds for not letting him “do his thang.” This dynamic is clearly meant to evoke the buddy action comedies that The Hitman’s Bodyguard shamelessly rips off (48 Hours, Lethal Weapon), but Reynolds and Jackson can’t overcome the weak, repetitive gags they’re saddled with. The central joke (what if a bodyguard protected someone who didn’t need protecting?) wears thin after the first dozen times it’s told, leaving little else for the film to hold onto.

The fact that Reynolds and Jackson fail to pep up this movie with their repartee is the truest failing of The Hitman’s Bodyguard. When utilized well, they’ve both done great work even in this kind of disposable action picture; hell, Jackson is one of his generation’s most celebrated actors, and a fine action star in his own right. Here, they’re just lazily playing to their types – Reynolds as the sarcastic smartass, Jackson the boisterous showman. Jackson’s role is especially egregious, his dialogue seemingly written by someone who wrote it for the Oscar nominee, but hasn’t seen any of his performances beyond Snakes on a Plane.

All this could be forgiven if the movie were funny, or the action compelling. Unfortunately, neither of these come to pass. The film never manages to tell a joke, but arrogantly maintains the air of a comedy – rather than inventive gags with actual punchlines, it struggles to keep you energized with a zippy tone and invincible characters who remain far too glib about their situation. It relies on you remembering that Samuel L. Jackson famously likes to say “motherfucker” and “bitch, please” a lot, and that swearing is inherently funny, to deliver the laughs. Director Patrick Hughes (The Expendables 3) has a little fun with some of the action scenes later in the film, but by then he’s pissed away so much of your goodwill that even the sight of a car getting hit mid-jump by a Mack truck fails to impress. One brief hand-to-hand fight between Reynolds and a goon as they battle their way through a restaurant kitchen and a hardware store offers the film’s only glimmer of invention.

These criticisms are made only worse by the film’s two-hour runtime, which strains under the weight of its added subplots and a parade of vestigial characters. Despite the sole reason for the film’s existence being Jackson and Reynolds’ attempted buddy act, the screenplay keeps throwing you boring scenes of bickering Interpol officers, or Salma Hayek (vastly underused here) shouting profanities from a jail cell, or countless flashbacks designed to deliver maximum exposition for the main characters.

The film’s attempts at pathos are equally aggravating, jerking away from scenes of lighthearted banter to flashbacks of literal war crimes and racial violence in the space of five minutes. For a film ostensibly supposed to offer a distraction from the world for two hours, The Hitman’s Bodyguard evokes imagery of recent European terror attacks and Jim Crow hate crimes far more often than it justifies. Seeing Sam Jackson kick a bad guy off a roof thirty seconds after an exploding bus kills a crowd of protesters outside the International Criminal Court is an especially mean-spirited moment in the film’s already messy climax. (The film’s marketing, which offers the tone-deaf tagline “Get Triggered,” is another clue to its awkward handling of the current political climate.)

Much of The Hitman’s Bodyguard is so lazily written, and so haphazardly assembled, that one can’t help but wish that lack of effort had extended to shortening the film’s runtime – that way, at least everyone could leave the theater faster. Reynolds and Jackson, the lynchpins of the film’s appeal, aren’t given anything funny to do, and the action beats are too few and far between to wallpaper over the film’s numerous problems. Even worse, all of this is overlaid with the most obnoxious, incessant musical score in recent memory, and Hughes and crew run the joke of “ironic easy-listening song played over displays of intense violence” into the ground to the point that you’ll never want to see it again.

Put simply, The Hitman’s Bodyguard is the Fuddruckers of movies: obnoxious, filled with kitschy music, and only digestible to the most undiscerning palates. It’s cinematic dog food.