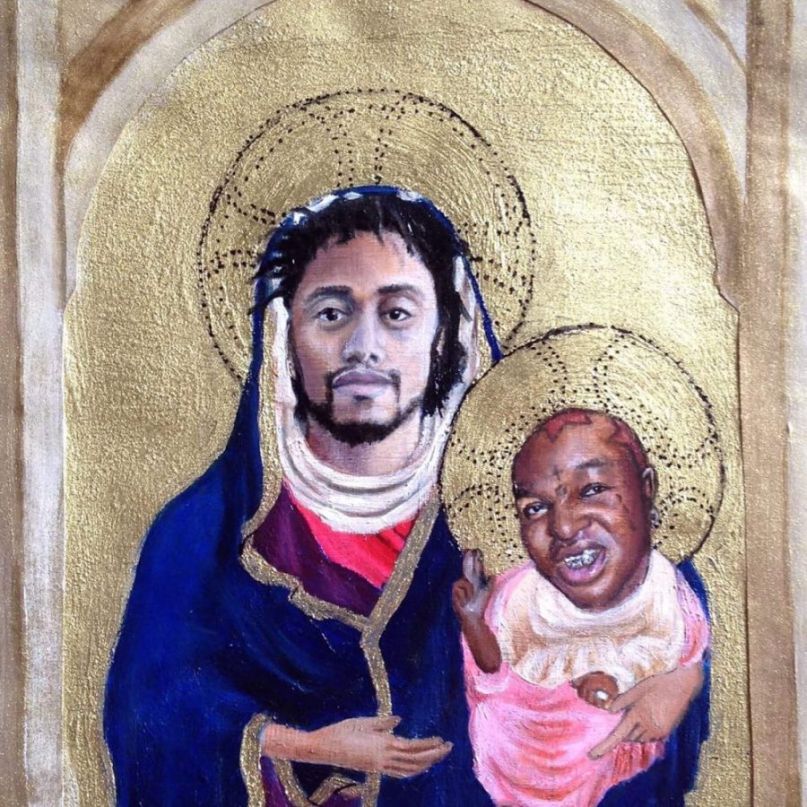 Emerging Chicago rapper-producer Joseph Chilliams has released Henry Church, his debut mixtape. Along with his brother Saba and other rising stars of the Chicago scene, Joseph Chilliams is a founding member of Chicago’s PIVOT Gang, a collective featuring some of the Windy City’s hottest young R&B and hip-hop talents. Previously, Chilliams shared his Bow Wow– disparaging and Noname– featuring track “Kale” from Henry Church, and the rest of the tape displays more of the rapper’s sardonic viewpoint and deadpan delivery.

A great deal of Chilliams’ appeal lies in his dark sense of humor, which shines throughout Henry Church. Take a look at that album cover for starters, then consider lyrics like the following from “FN – 2187”: “You’ll never see me coming / Like my dick in a vacuum” and “I hate on niggas so much / I make Confederates proud,” that find Chilliams sounding not unlike a less depressed Earl Sweatshirt. There’s also the fact that Henry Church takes its name from the English translation of Enrique Iglesias’ name, which makes me chuckle based on unique silliness alone.

In addition to Noname and Saba, Henry Church features guest turns by fellow Chicagoan and rising national star Jamila Woods, PIVOT Gang comrade MFnMelo and other young talents from the city’s burgeoning scene. Stream the mixtape in full below: