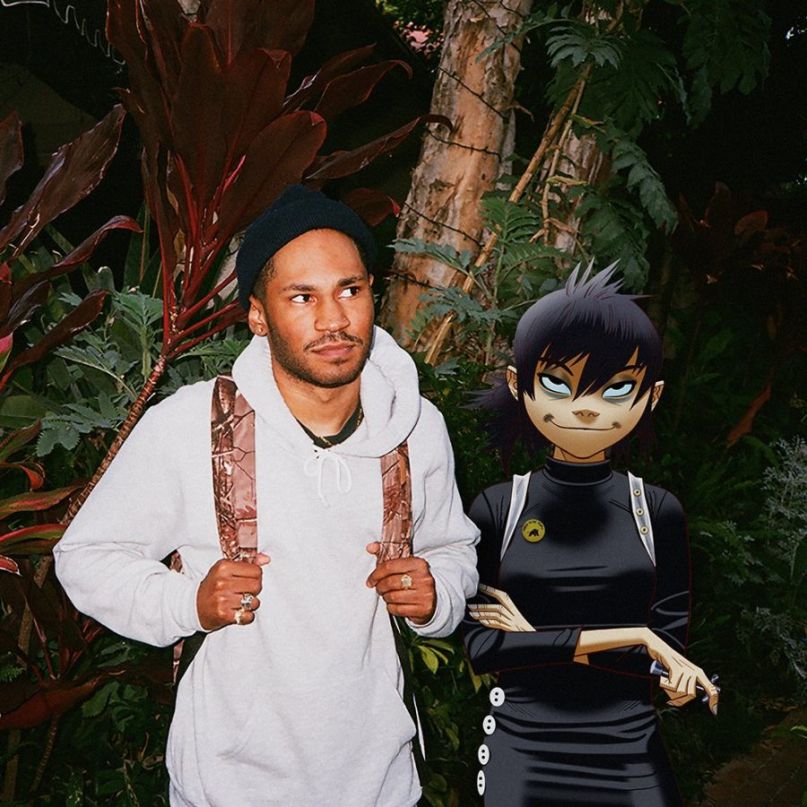 Last week, when Gorillaz released the 3D-dance video for Humanz cut “Strobelite”, the band also announced plans for two exciting-sounding remixes, and today we get to hear the first. Canadian producer extraordinaire Kaytranada has remixed the aforementioned “Stobelite”, providing his own dub spin on the already-quite-funky Peven Everett-featuring number. Take a listen below.

Kaytranada took to Instagram to promote the remix by posing with Gorillaz member Noodle, at least as much as one can “pose” with a cartoon.

WE LIVE IN A STROBELIGHT. KAYTRA DUB VERSION OUT THIS FRIDAY. @gorillaz ????

The Gorillaz crew will also be dropping a “dancehall remix” of Humanz cut “Saturnz Barz” by Candeza that promises new verses from Mad Cobra, Assassin, Kila P and Teddy Bruckshot in addition to original vocals by Popcaan and Damon Albarn. The “Saturnz Barz” remix will arrive August 27th in congruence with the Notting HIll Carnival.

Revisit the “Strobelite” video below, and keep your peepers peeled for appearances by Humanz collaborators Vince Staples and Savages’ Jehnny Beth in the clip.