Plus, Murphy talks the American Dream album cover, The Cure, getting chewed out by Alex Chilton, and more as part of an expansive interview on The Best Show 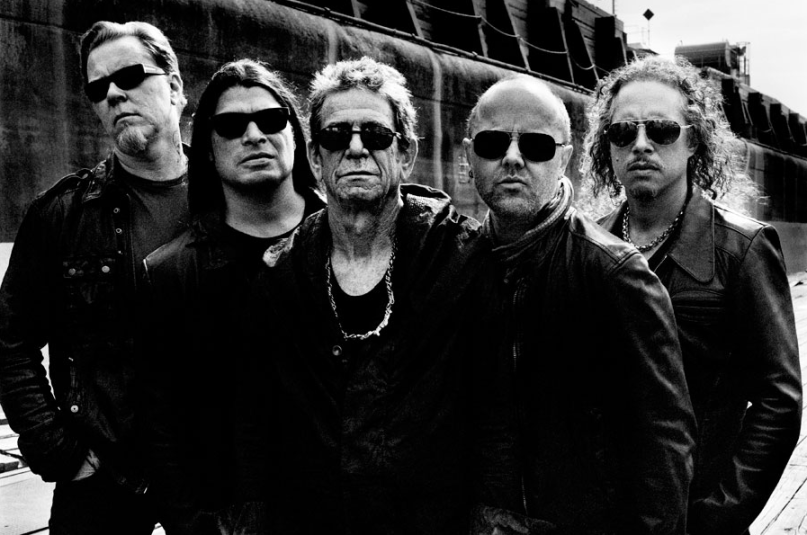 LCD Soundsystem mastermind James Murphy was a guest on The Best Show last night, and he spent three full hours talking to host Tom Scharpling. With that sort of airtime, it’s unsurprising that the conversation was ridiculously wide-ranging, touching on everything from T-shirt designs to Murphy’s career as a sound engineer to limited edition Oreos. Inevitably, the conversation turned to the man whose advice led to LCD’s reunion, David Bowie.

Murphy recalled meeting Bowie for the first time and how he was “amazing at making you feel completely normal around him.” They were introduced while working on Arcade Fire’s Reflektor, though Bowie apparently didn’t realize who Murphy was on the first day. On day two, however, he went right up to Murphy and told him how much of a fan he was. “If you know anything about my work, you know I’m an enormous fan of your work because I steal from you liberally,” Murphy told Bowie. The latter artist, ever the wordsmith, responded cheekily, “You can’t steal from a thief, darling.”

In discussing how Bowie pushed Murphy to reunite LCD, Scharpling jokingly brought up Tin Machine. The Bowie-fronted band was generally seen at the time as lesser than his solo work, which got Murphy talking about Lou Reed’s Metallica collaboration, Lulu. Apparently, he and Bowie were discussing Reed’s work at some point and Bowie revealed his appreciation of Lulu, saying, “That’s some of the best writing Lou’s done. People are making a snap judgment and they aren’t listening.”

This isn’t the only time Bowie went to bat for Lulu, either. During Reed’s induction to the Rock and Roll Hall of Fame in 2015, his widow Laurie Anderson said in her speech, “And after Lou’s death, David Bowie made a big point of saying to me, ‘Listen, this is Lou’s greatest work. This is his masterpiece. Just wait, it will be like Berlin. It will take everyone a while to catch up.’”

Elsewhere in the Best Show discussion, Murphy discussed the internet backlash received by the cover art for LCD Soundsystem’s new album, American Dream. Sharpling said he thought the artwork makes a lot more sense once you’ve heard the full record, and Murphy laughed at the media coverage about the image. “The world has to be a really static environment for that to be a story on Newsweek,” he said.

He also talked about getting chewed out by Alex Chilton for poor sound mixing at a show, the reason he enjoyed “ending” LCD at the height of their career, and even simple things like his love of The Cure. There were also calls from listeners, including Jon Wurster as 13-year-old “filth rock” drummer Thor. Take a listen to the whole thing at The Best Show website.