Look What We Made Taylor Swift Do

With Reputation, Swift follows a long line of artpop releases that have all been divisive 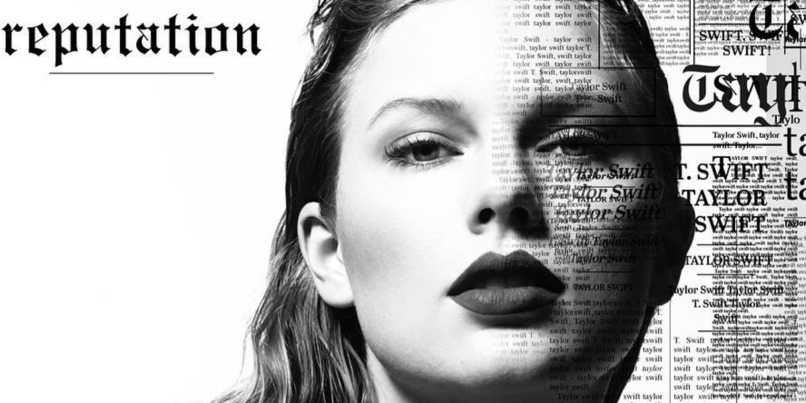 Call it the Big Fish Theory if you will, but you’re not a pop superstar until you’ve erected that hurdle of the Difficult Album Usually Around the 5th One or So and accidentally slammed your knee into it. Michael Jackson invented the modern maximalist pop event album, so it’s only fitting that he was the first to bury it as well, beneath the shroud of 1991’s dark and jittery Dangerous. There it all was, the King of Pop’s halved inner psyche, with unimaginably tough and steely New Jack beatcraft poking out like branches with Slash, Bart Simpson, Free Willy, and Heavy D all sitting atop them. Sex was a mystery (“In the Closet”), infidelity was a concern (“Who Is It”), and “Jam” was a “Jam” (stay for the breakdown that sounds like the music from Gravity Man’s level in Mega Man V). Thus began pop’s love affair with growing up weird, with commenting on their own fame after they’re shot so far into space they can barely see or relate to anything else happening on earth by then.

Wait, I lied. Fleetwood Mac’s Tusk and the Beatles’ White Album were probably the first multiplatinum follow-ups to take the public’s goodwill and abuse it for head-expanding, sometimes furiously self-indulgent purposes. But those dinosaurs had real drums. It was MJ who made the sprawling weirdo opus a prerequisite that’s found wildly varying degrees of success on a spectrum, with Lady Gaga’s kaleidoscopically textured, completely snubbed Artpop at one end and Garth Brooks’ Life and Times of Chris Gaines cow pie at the other. Yeezus and Idlewild and The 20/20 Experience and Zooropa are points on this grid, too. Even though some of these experimental watershed moments rule (Artpop!), it’s inarguable that all of the above-named artists took a net loss upon record release.

Luckily for Taylor Swift, she can use a pay cut; she’s earned it. What that means is she’s the first artist, ever, to have three albums sell 1M in one week in the U.S. and she’s won the Grammy for Album of the Year twice, including for Fearless in 2009 as the youngest recipient of the award ever at age 18. Oh, she was the youngest artist to sell 1M in a week, too. Most of her records were pretty rapturously lauded as well, including the formula-mastering Fearless, the mold-breaking Red, and especially 2014’s synthpop odyssey 1989. At a somewhat distant fourth place is 2010’s Speak Now, her true masterpiece, full of just enough traditional balladry (“Dear John”, “Mean”) to offset the disco (“The Story of Us”) and Paramore (“Better Than Revenge”) attempts. She’s a bird, she’s a plane, she’s a meme, but even at Swift’s most experimental (maybe “I Knew You Were Trouble”, whose dubstep was shocking at the time, or “Clean”, a sparse, Depeche Mode-style nugget) she’s never really cut her rigorously disciplined songwriting a break.

People are also pretty sick of Swift, particularly for beating out Kendrick Lamar’s To Pimp a Butterfly for that Album of the Year Grammy, but also getting caught on tape by Kim Kardashian granting Kanye permission to name-drop her in an unsavory context on 2016’s “Famous”. She’s an alt-right fave for being a skinny white blonde who embodies, for better or worse, the gross purity ideals of the worst people to have ever rigged an election. We also have no idea how she voted; if you want to be controversial, stonewall your zillions of adoring admirers during the Trump Era.

But she also won over the public for her diamond-hard testimony at the sexual assault trial of country DJ David Mueller, who allegedly grabbed her butt at a photoshoot. Previously silenced artists like Angaleena Presley claimed Swift opened the floodgates for their own testimonies of mistreatment and abuse. We may not know who Swift voted for but she’s identified as a feminist, and songs like 2010’s banjo-flecked “Mean” have more to say about harassment than many paid attention to. So, yes, this is a crucial moment for a pop commodity with millions at stake.

“Look What You Made Me Do”, the new Swift single that dropped yesterday, sounds like nothing she’s ever done before. (It also looks like nothing she’s ever done before, what with the cover art for Reputation seemingly straight out of an old-school Hellcat Give ‘Em the Boot sampler.) Its ominous, tinkly intro sounds like the Pierces, the drum machine that follows is from the cleanest Peaches song you’ve ever heard. This is a serious breath of fresh air for pop’s hermetically sealed, now-claustrophobic synthpop era (and a breakout for co-conspirator Jack Antonoff, who just discovered minor keys), but it’s not pop’s Great Leap Forward, either: Her raspy talk-singing recalls a pre-SNL Ashlee Simpson, and there’s even a faint whiff of Meghan Trainor. There’s also a somewhat hilarious, on-the-nose interlude about how the “old Taylor is dead,” as if the people in your life who say that kind of thing aren’t all a little nuts. To her credit, it’s far more removed from her first album than Kanye ever was for his sixth, so that’s something to consider.

And speaking of Kanye, that line about the tilted stage Swift dog-whistles to him is an OK subtweet, but she did more for him on 2010’s “Innocent”, which made a far more poignant absolution of the “Imma let you finish” moment at the 2009 VMAs. The exposition comes too early in the song, the rhyme is forced, and it dishonors Swift’s past subliminals that were more, well, subliminal. And yet, the song is sneakily addictive. For every batshit stillborn like “You asked me for a place to sleep/ Locked me out and threw a feast,” there’s a tucked-in good one like “Honey I rose up from the dead/ I do it all the time.” Much of the rhyming feels inexplicably more awkward than it actually is. The pieces do fall into place, even the ones that stick out jarringly, and both the sung chorus and the one that scored Right Said Fred co-writing credits (really) will grow on you. It’s nice to have a “Blank Space” that musically feels as unhinged as the role she inhabits. It’s flawed, uncomfortable pop that nearly earns its place in the Dangerous solar system.

More importantly, though, the tune signals what we’ve all been waiting for, Swift’s first bloody arthouse reckoning, thanks to its atonal melody leading the charge far away from the syrupy strictures of Music Row. This could mean Reputation is a bold new frontier or a cultish mess. The lyrics certainly get awkward enough for the latter, though as with Michael Jackson, it’s gonna take a while to drain her momentum from the sales charts, even with a theoretical flop. Then again, Beyoncé’s own landmark Lemonade proved this entire essay wrong in 2016, reclaiming the ambitious risky event album as last year’s best-selling album rather than something antagonistic. Perhaps we could chalk that up to relatability; women, especially women of color, saw themselves in the auteur’s expression of betrayal. While Dangerous is still one of best-selling albums of all time, it was the beginning of Michael Jackson losing the public, we just didn’t know how much at the time. Artpop, while sonically and performatively as marvelous as Skrillex in a candy factory, was also difficult for anyone who doesn’t have a standing détente with Donatella Versace or a vow of blanket consent for R. Kelly to relate to on a level below the surface. Shouting “I’m rich as piss” just doesn’t warm the 99%’s hearts for some reason.

When Swift testified at her trial, she may have connected with more women than she ever did at one of her sold-out stadium bonanzas. “Look What You Made Me Do” couldn’t be further from that; it makes even less sense if you don’t know the meta-narrative of two very famous people tapping a third very famous person’s phone. She also never does say what Kim Kardashian made her do, though the theater implies something murderous to entertaining effect, even if the seams are coming apart. It’s not a bad thing that Swift’s allowing us to see her grasp desperately for control on her own terms though; it almost humanizes the iffier word choices.

Unfortunately for her, the climate is wrong for this kind of song; a white multimillionaire’s diss track feels so much less vital to the human experience these days. It’s still nonetheless exciting to hear her singlehandedly try to change the game. Only this autumn will tell if Swift’s gravy train is finally stopped by artpop, but as one of the only too-big-to-fail artists around, she could well bend the girders of the machine to her will. The future of expensive, ceiling-to-floor pop is a blank space, and she’s writing her name there, underlined in red. The last politically ambiguous icon standing — who looked a little too comfy swaddled in 2014’s retrofitted synths — is out for blood. Let’s see what else we can make her do.