Not Even the Arts Can Help Heal a Nation This Wounded 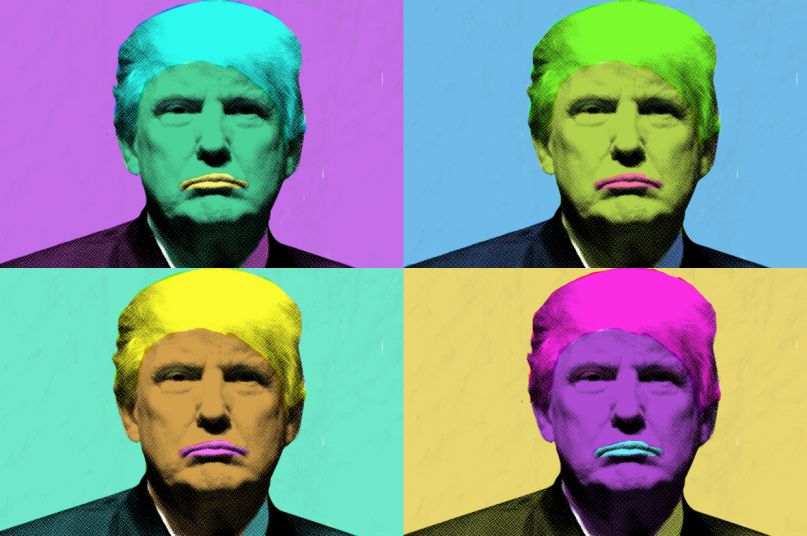 Music, Movies & Moods is a regular free-form column in which Matt Melis explores the cracks between where art and daily life meet. This time, he discusses what the president and first lady not attending the 40th Kennedy Center Honors reveals about America.

This morning, a week after the hate-fueled tragedy in Charlottesville, Virginia, and a day after White House Chief Strategist Steve Bannon took the increasingly more common West Wing walk of shame, Donald Trump fired off no head-scratching, incendiary tweets. The White House simply informed the media that Trump and the first lady would not be attending The Kennedy Center Honors in early December, a rare break with custom.

“The president and first lady have decided not to participate in this year’s activities to allow the honorees to celebrate without any political distraction. First lady Melania Trump, along with her husband President Donald J. Trump, extend their sincerest congratulations and well wishes to all of this year’s award recipients for their many accomplishments.”

After bandying about threats of nuclear “fire and fury” two weeks ago and this week’s bungled attempts to restore faith and help heal a pained nation gashed wide open by racial hatred – a series of embarrassing statements that lacked genuine love, sadness, and compassion and, to much of the nation, appeared to handle domestic terrorism and white supremacist ideologies with far too gentle a touch and none of that famous Trump outrage reserved for, say, the #fakenews media, Congressional war heroes, or Meryl Streep – a statement merely declining an invitation to an arts function felt like a much needed exhale.

For those not familiar with The Kennedy Center Honors, they take place each December in the Washington opera house of the same name and aim to honor artists for their lifetime contributions to American culture. The event, broadcast near Christmas, features moving tributes to several honorees and the unique sight of those artists wearing medallions hung around their necks with rainbow-colored ribbon, sitting alongside the president and first lady in the balcony. Memorable photo ops in recent years have included Barack and Michelle Obama beside the likes of legends Brian Wilson and Paul McCartney and a tearful President Obama moved by an Aretha Franklin performance dedicated to singer-songwriter Carole King. It’s not the Oscars or even the Grammys, but it’s an evening that reminds us that much of our nation’s strength stems from our humanity, as displayed in the art that sparks our imaginations and touches our hearts.

The controversy around this year’s ceremonies was by no means started by Trump, though you could argue that his campaign and first several months in office were the catalyst. The 2017 ceremony will honor groundbreaking television producer Norman Lear and actress Carmen de Lavallade alongside music artists Lionel Richie, LL Cool J, and Gloria Estefan, all of whom have expressed reticence about the occasion. Lear and de Lavallade cited Trump’s defunding of the arts and suspect moral compass, respectfully, for why they would attend the ceremony but not the customary pre-ceremony reception at the White House. Richie has talked about boycotting, LL Cool J has stated he’ll try to put politics aside for one night, and the Cuban-born Estefan has made it clear that while she would attend, she would also use the opportunity to relate her disappointment in the president’s policies towards immigration.

So, that’s five honorees, all of whom wish they had been honored a year ago by a president seen as a friend to the arts and, more importantly, as a man who shares their basic principles and values.

Now, to be fair, Trump isn’t the only president to skip or miss The Kennedy Center Honors. Both George W. Bush and Clinton have left empty seats before, as did Jimmy Carter during the 1979 hostage crisis. Trump holds no obligation to attend; it’s no different from him passing on this year’s White House Correspondents’ Association dinner. How you choose to interpret his declined invitation probably says a lot about how you interpret Donald Trump. For his base, he’s undoubtedly taking the high road or simply not wishing to spend a night with elites and Hollywood liberals who regularly tear him down. To his detractors, it’s a retaliatory snub. And really, both sides might have a ring of truth to their assessments. But what might also be true is simply this: at a time when all but his staunchest supporters are publicly parting ways with him, does the man really want to get all dressed up just to be shunned or sit in a balcony alone?

Does the self-proclaimed fighter, the fierce gladiator, fear the lions or an empty coliseum more?

For their part, The Kennedy Center Honors committee have given Trump the benefit of the doubt and thanked him for graciously not coming – I’m sure a sigh of relief or several followed. So, all’s good. Nobody’s in the wrong here. Trump isn’t obligated to go, nor are the honorees. And if a recipient wishes to make a political statement, it’d be no different than, say, an Oscars moment, only they might be played off by their own music in tribute to them. So, nobody’s wrong, but that doesn’t mean anybody necessarily wins either. In a time that our country is so divided by principle that those who have long stood by the president, giving him the benefit of the doubt, are now leaving in exodus; that Tolerance and Hatred are meeting in the streets of our nation with swastikas, tiki torches, and automobiles upending and flinging bodies like rag dolls; and that newspersons of all colors, genders, ages, and political affiliations are sobbing on air, not even the arts – the great unifier and communicator across all walks of life – can bring us together, not even for a night.

It’s a shame, really. All the recipients are pioneers who have touched and brought so many people together through their art and, in some cases, their journeys and activism. They, as well as anybody, know that art is not only capable of detecting our deepest wounds, but also helping them to begin healing. Hopefully, the gala in December remains a night of celebration, as it’s intended to be. But I can’t help but think that when audience members see those two empty seats in the balcony, there won’t be sentiments of winning, losing, or snubbing. It’ll only be one more reminder of just how deep and ugly our country’s wounds truly are.