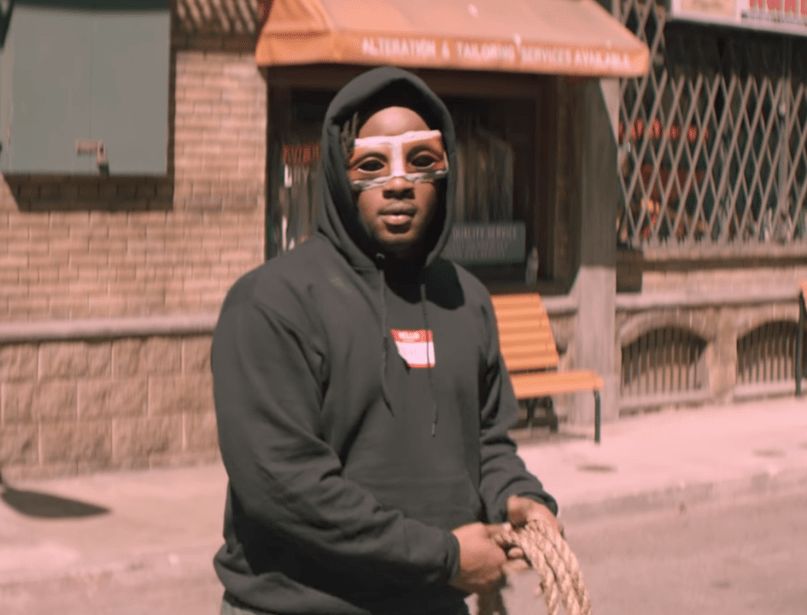 Last month, Open Mike Eagle announced he’d be releasing a new full-length titled Brick Body Kids Still Daydream. Due out September 15th, it’s a concept album focused on the Robert Taylor Homes in Chicago, a public housing complex that was torn down to make room for commercial properties. Through the LP, the rapper/comedian aims to deliver “a vivid, comic book-style reimagining of the Homes” that serves as “a larger commentary on the current political climate and race relations.”

Already we’ve gotten a taste of Eagle’s reimagining with first single “95 Radios”. Now, he’s returned with a song called “Brick Body Complex”, in which he proudly represents those thousands who were displaced by the destruction of Robert Taylor while also calling out the gentrification sweeping through the neighborhood.

“This is about trauma. It’s about how 30,000 residents were displaced and only one-third of them are accounted for — and there are no AMBER alerts for the other two-thirds,” Eagle told NPR. “This is about the pain of that. And how black life in America seems to run parallel with painful events that we’re not supposed to talk about, because America doesn’t really want to hear it. This song and album is about how those buildings were torn down and replaced with nothing — not a new highway or a football field. Nothing at all.”

In the track’s accompanying music video, directed by Nikki Born, Eagle takes things a step further, becoming a superhero dedicated to saving the building and its occupants. Check it out below.

Previous Story
Beach Slang rebrand as Quiet Slang for stripped-down We Were Babies & We Were Dirtbags EP: Stream
Next Story
Break out the Toblerone: Alan Partridge is coming back to the BBC
Popular
More Stories
[fu-upload-form form_layout="media" title="Submit Your Photo"][input type="hidden" name="ugc" value="1"][/fu-upload-form]