Ranking: Every Queens of the Stone Age Album from Worst to Best

See where Villains fits into the band's inventive, sarcastic catalog 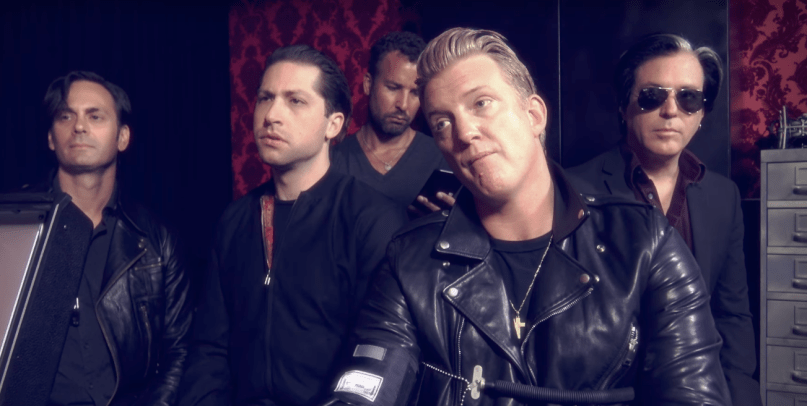 Welcome to Dissected, where we disassemble a band’s catalog, a director’s filmography, or some other critical pop-culture collection in the abstract. It’s exact science by way of a few beers. This time, we sort through the best and worst of Queens of the Stone Age.

Josh Homme didn’t subvert hard rock exactly. What he subverted was AOR radio. There isn’t an album in the Queens of the Stone Age oeuvre that wouldn’t please your average Motörhead fan; they’re all squealing powder kegs of flat-drive riffage, even as the gestures towards songwriting have wound down over time. But Homme found a sweet spot: he combined the humor of Foo Fighters videos with the unwavering meat-and-potatoes Hungry Man dinners of Foo Fighters albums, threw a bit of Jack White’s detuned swing in there, and Tenacious D’s acid-casualty absurdity, too.

Unlike Dave Grohl, Homme’s desire to never be serious isn’t self-conscious. He has no ultra-earnest tracks to cover; this is a guy whose breakthrough song was a list of doable drugs. His pretensions are almost always riding side by side with Beavis and Butthead bait; lest a knucklehead get bored at the end of Era Vulgaris, there’s a B-side called “The Fun Machine Took a Shit and Died” just up ahead. And despite the will-he-or-won’t-he side drama with former bandmate Nick Oliveri, the bassist isn’t officially getting back into QOTSA anytime soon. Homme just likes being cool and popular too much to take chances with his highly uncompromised outfit, and from that perspective, he’s right, no matter how much this author misses “Tension Head”.

This isn’t a band with a score of great albums by any means, but the weaker ones groove more than you remember. Every QOTSA album is listenable, if plenty dissonant and often tuneless, which makes Homme one of the most discordant staples you’re likely to encounter on a hard-rock station unless they’ve still got “Kool Thing” or some of those third-album Alice in Chains dirges in rotation.

Then there are the myths. Yes, Homme claims feminist, which is a big deal when his Eagles of Death Metal bandmate Jesse Hughes went full-on paranoid Ted Nugent after the traumatic terrorist massacre of 90 fans that he lived through at the Bataclan. And Queens of the Stone Age were named as such to piss off homophobic hard-rock fans, who no doubt were just as baited by the black woman on their 1998 eponymous debut’s cover. They’re not saving the world with all this testosterone — the lone female vocals on a Queens release are the “yeah yeah yeahs” backing up Oliveri on Rated R’s “Quick and to the Pointless”, despite a ton of lineup changes and revolving singers — and they haven’t sent an opaque political message in long enough that homophobic hard-rock fans have mostly advanced into the “you’re so gay you love Coldplay” sort.

Still, one only need to sample the complete works of 3 Doors Down, Three Days Grace, and Nickelback to understand the numbskulls they’ve had to share airspace with for their nearly 20-year career. At their best, Queens of the Stone Age are inventive, sarcastic rock nirvana who’ve done a lot more to keep the actual Nirvana’s spirit alive (the ones that wore dresses) than Grohl’s proper outfit. Who needs songs when you’ve got riffs like these? And sometimes they even have songs.