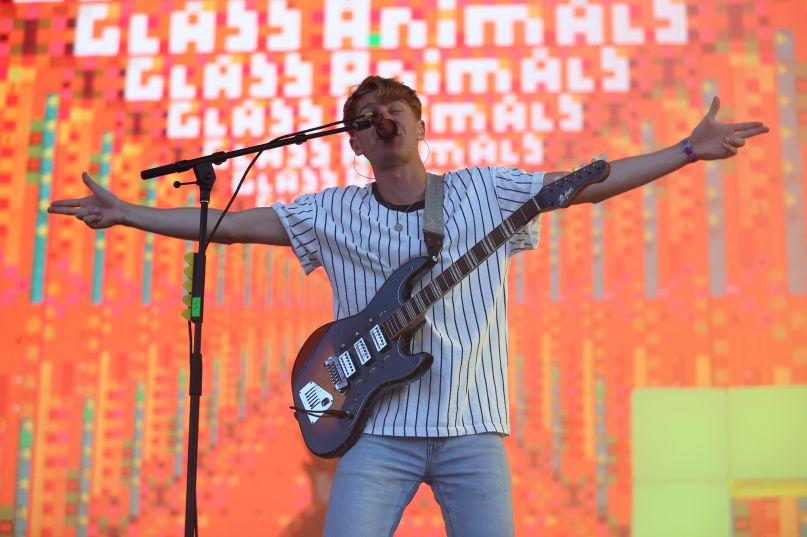 Like most concert events, Reading and Leeds Festivals prohibit their attendees from sneaking in weapons, drones, fireworks, and airhorns. However, this year’s edition of the festivals features one new and very peculiar addition to its list of banned items: pineapples.

As the BBC points out (via SPIN), this ruling against the tropical fruit can be attributed to indie outfit Glass Animals. The band, which is scheduled to perform during the festivals, has a song called “Pork Soda” that references pineapples. To honor the track (the exact lyric is “pineapples are in my head”), fans have been known to bring the fruit to shows and/or dress up in its likeness. In fact, Glass Animals’ stage at Glastonbury this past June was littered with them.

Those behind the Reading and Leeds Festivals are hoping to avoid a similar fruity mess. “Organisers were a little concerned about hundreds of pineapples turning up on site so decided to ask fans not to bring them along,” a spokesman said. “The tongue may be slightly in cheek on this one.”

Check out the full list of banned items here. Reading and Leeds Festivals goes down August 25th through 27th; other acts expected to perform (pineapple-less) are Kasabian, Eminem, Flume, Muse, HAIM, At The Drive-In, Garbage, and Charli XCX.