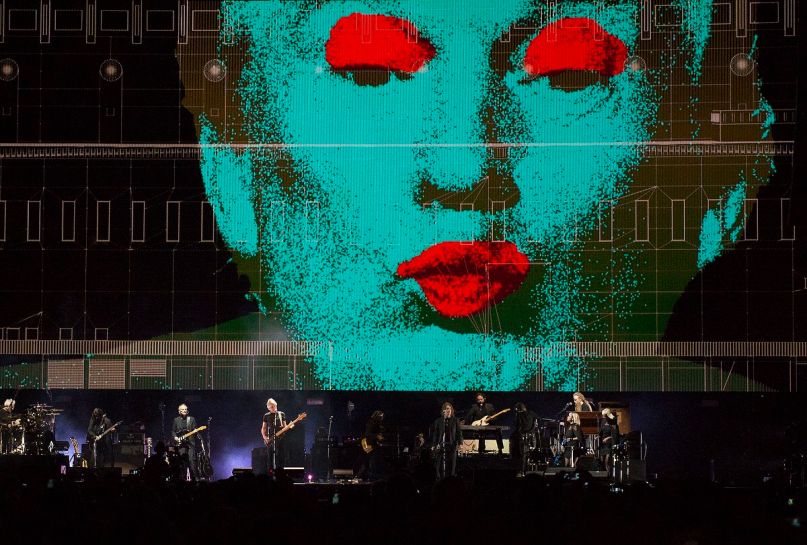 Roger Waters has drawn some criticism for the anti-Trump imagery on display at his “Us + Them Tour”, including photo-shopped images depicting Trump in brightly colored lipstick, a Ku Klux Klan hood, as an actual pig, and wearing a dress. In a new interview with CNN, Waters was asked about negative reaction to the tour, especially when he plays shows in conservative-leaning “red” states.

“I find it slightly surprising that anybody could have been listening to my songs for 50 years without understanding,” Waters responded. Asked what he would say to fans looking for an escape from politics, Waters replied, “Go see Katy Perry or watch the Kardashians. I don’t care.”

Waters did admit that the anti-Trump imagery caused at least one major sponsor, American Express, to pull of the tour. “It cost $4 million,” Waters explained, but added: “Mind you they’re still sponsoring the tour in Canada.”

Watch Waters’ full interview below and revisit our coverage of his recent show at United Center in Chicago. The Us + Them Tour” runs through the end of October.