Plus, she details her upcoming fifth album in a new interview 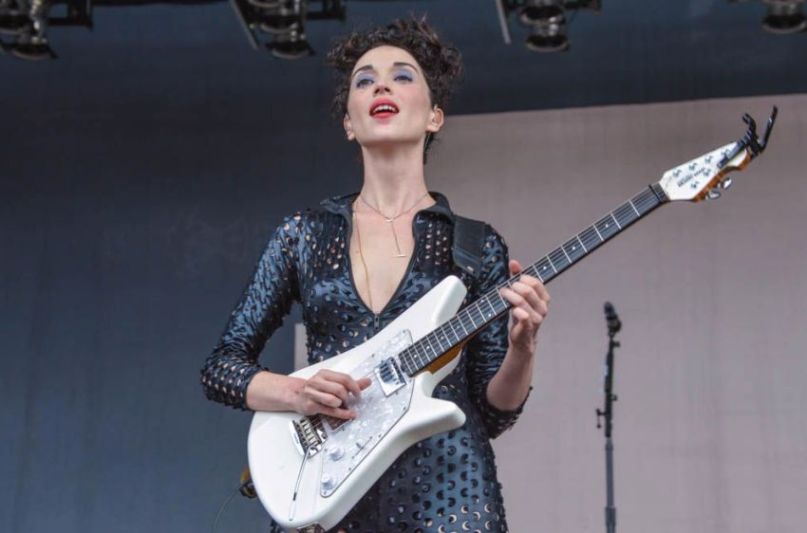 Earlier this summer, St. Vincent announced her “Fear the Future Tour” and followed up with her first proper single since 2015, “New York”. On Saturday, the multi-hyphenate otherwise known as Annie Clark debuted a new song, “LA”, during her set at Tokyo’s Summer Sonic Festival.

“LA” is one of the new tracks from Clark’s upcoming fifth album detailed in a recent Guardian profile. It’s described as “an astonishing meta-epic” representative of “a fiercely avant garde musician’s reluctance to do anything as obvious as write about a break-up.” Clark sings, “I guess that’s just me, honey, I guess that’s how I’m built/ I try to write you a love song but it comes out in a melt.” Watch the fan-shot footage below.

The interview also characterizes the St. Vincent follow-up as “the same appealing, enigmatic, genre-spliced collision of ideas and influences that St. Vincent fans cherish, only this time with a sleeker, more accessible through-line that ought to further expand her listenership.” Some of the other tracks revealed include “Hang On Me”, “Smoking Section”, and “Pills”.

Speaking about her creative process, Clark explained, “I’ve always kept my writing close to the vest. And by that I mean I’m always gonna write about my life. Sometimes, in the past, I did that way more obliquely than now. But it’s almost like an involuntary reflex. I can’t help but be living and also taking notes on what’s going on, always trying to figure out how to put that into a song.”

Addressing the topic on her break-up with model/actress Cara Delevingne, Clark stated, “Dating Cara – was a big part of my life. I wouldn’t take it off-limits, just because my songs might get extra scrutiny. People would read into them what they would, and you know what? Whatever they thought they found there would be absolutely right. And at the same time it would be absolutely wrong.”

“A song that means something very specific to me, a song in which I might be obliquely or otherwise exploring some really dark things, is a song that another person might hear and go: ‘Wow, this one really puts a smile on my face,'” she added. “I’m thrilled by that. I’m thrilled that people might take my songs into their life and make whatever suits them out of it.”

While the album currently doesn’t have a title or release date, Clark said she’s in “deep nun mode” and “completely monastic” as she works toward its completion. Presumably, the record will be finished before she moves on to direct a female-led film adaptation of Oscar Wilde’s novel, The Picture of Dorian Gray.