Stephen King’s IT film is hurting the professional clown industry

"People had school shows and library shows that were canceled," says the World Clown Association president 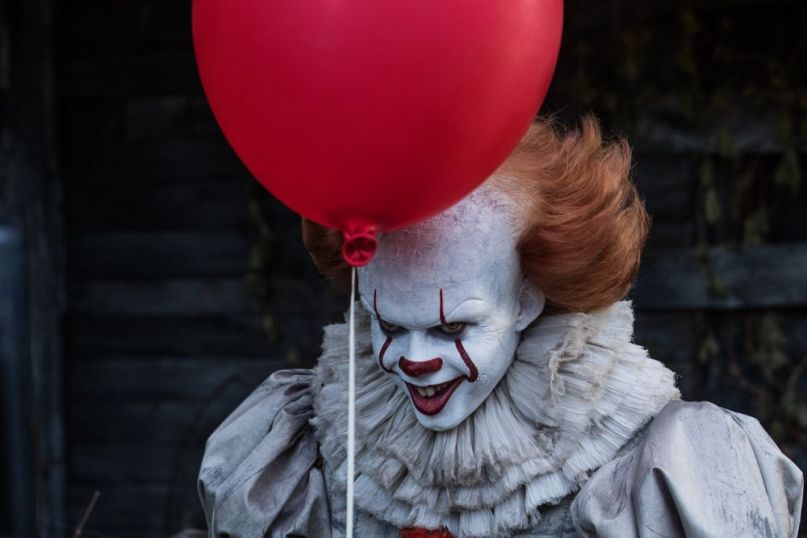 Thanks in no small part to the highly anticipated new film adaptation of Stephen King’s IT and Ryan Murphy’s latest installment of American Horror Story, killer clowns are once again trending this fall. The revived interest comes on the heels of October 2016’s rash of clown sightings, and professionals say their livelihood is being negatively affected. From the legitimate clowning industry’s point of view, King and his IT protagonist Pennywise are primarily to blame.

Pennywise, described by the horror author as “a cross between Bozo and Clarabell” with “funny tufts of red hair on either side of his bald head,” was first portrayed by Tim Curry in a 1990 ABC miniseries and scared a whole generation of children born in the ’80s.

“For my generation, IT launched untold cases of coulrophobia,” film blogger and Stephen King fanatic Scott Wampler explains to The Hollywood Reporter. “IT was the first exposure that a lot of kids my age had to horror movies. Parents weren’t taking their kids to see scary movies, but they let them watch It on TV because it aired in primetime.”

Professional clowns agree with Wampler. “[Fear of clowns] all started with the original IT,” World Clown Association president Pam Moody adds. “That introduced the concept of this character [Pennywise]. It’s a science-fiction character. It’s not a clown and has nothing to do with pro clowning.”

After being blindsided by last year’s evil clown sightings, the WCA is taking a proactive approach this fall with a press kit entitled “WCA Stand on Scary Clowns”. The screed proclaims “the art of clown is something to be treasured and enjoyed by audience’s [sic] worldwide” and takes the stance that “horror characters are not clowns.”

Unfortunately, legitimate clowns are still finding it difficult to find work. “People had school shows and library shows that were canceled,” she says. “The very public we’re trying to deliver positive and important messages to aren’t getting them.”

If the clowns are looking for sympathy from King, the performers are out of luck. Last April, he tweeted, “The clowns are pissed at me. Sorry, most are great. BUT…kids have always been scared of clowns. Don’t kill the messengers for the message.” Besides, he wasn’t even involved in the production of the new film.

Undeterred horror fans can watch IT when it hits theaters on September 8th. In the meantime, check out a supercut rounding up all the pop culture references to the book/film here. Also make sure to subscribe to our Stephen King-centric podcast that takes its name from IT, The Losers’ Club.