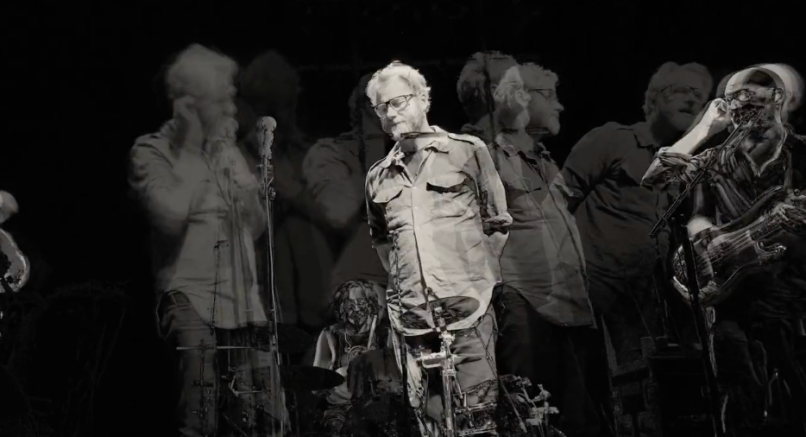 The National have shared three songs from their new album, Sleep Well Beast, ahead of its September 8th release. Each one — “Carin at the Liquor Store”, “The System Only Dreams in Total Darkness”, and “Guilty Party” — has come accompanied by a video from director Casey Reas. Today, the indie outfit has shared their fourth preview of their new album, “Day I Die”, which once again comes with a Reas-helmed clip.

This time, Raes created an entirely new software to combine over five thousand time-lapse images into one, four-minute, 30-second video. The images come from eighteen separate series captured by photographer Graham MacIndoe during The National’s practice sessions. “A flickering color layer abstracted from broadcast television signals augments the black and white footage,” Raes explains. “The images are played back at 12fps, near the threshold of the persistence of vision.” Check it out below.

Ahead of the Sleep Well Beast release, The National will take over SiriusXM on September 4th to preview more of the record. The next day, they’ll perform the new album for a Philadelphia crowd as part of World Cafe and NPR Music’s First Listen Live series. They’ll also play a special show at New York’s Bowery Ballroom on September 8th which will air on SiriusXM channel 25 and through all SiriusXM apps. Finally, they’ll play CBS This Morning – Saturday on September 9th.

You can also find the band’s complete tour itinerary here.