The Pride of San Francisco: Outside Lands Turns 10 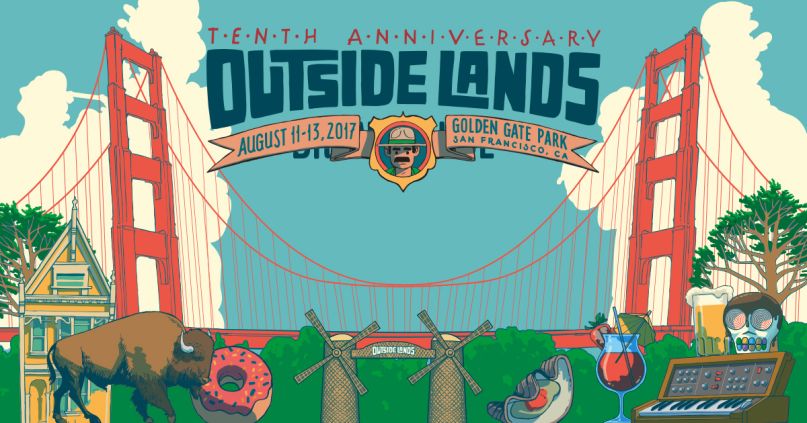 Charting the course of the Outside Lands bears a reflection of what has transpired in the San Francisco Bay Area over the past decade. While the tech boom was already well underway by the time the festival debuted in 2008, there was no modern music festival in the area, leading many to head south for Coachella or simply remain content with the surplus of touring bands that visited the area.

Co-produced by local promoter Another Planet Entertainment (APE) and Bonnaroo founders Superfly, Outside Lands was always intended to be more than just a festival that happened to be set in San Francisco. As APE’s Vice President Allen Scott explains, incorporating the city into the festival was of paramount importance.

“Out of the gate, what we wanted this festival to be, to differentiate it from the other festivals that are out there — number one: we had Golden Gate Park, which I think is the country’s greatest urban park. It’s fantastic. You start with that, and that’s a really nice foundation. Then we wanted to really make the festival a celebration of San Francisco and the Bay Area.”

Photography by David Brendan Hall at Outside Lands 2016

In that vein, Outside Lands and its various stages were named not for sponsors, but for areas around the city: Land’s End, Sutro, Twin Peaks, Panhandle, and Presidio. The festival even took its name from the 19th century nickname for the Richmond and Sunset districts of the city (where Golden Gate Park is located). In addition, local artists were charged with designing the stage scrims, and perhaps most notably, local food vendors were asked to provide the festival’s culinary fare.

As the years went on, Wine Lands, Beer Lands, and Choco Lands joined the proceedings. Nowadays, seeing which local restaurants, wineries, breweries, and confectioners will be on-site serves as another part of the lineup reveal. In many ways, Outside Lands has transcended the music aspect of its offerings to become something larger: a weekend in the forest to eat, drink, and be merry.

In honor of Outside Lands’ 10th anniversary, we spoke with co-founders Scott and Superfly’s Rick Farman to trace the festival’s triumphs and growing pains throughout its first decade.