They performed “Where This Flower Blooms” and “Who Dat Boy?”, as well as ASAP Mob's "Telephone Calls" 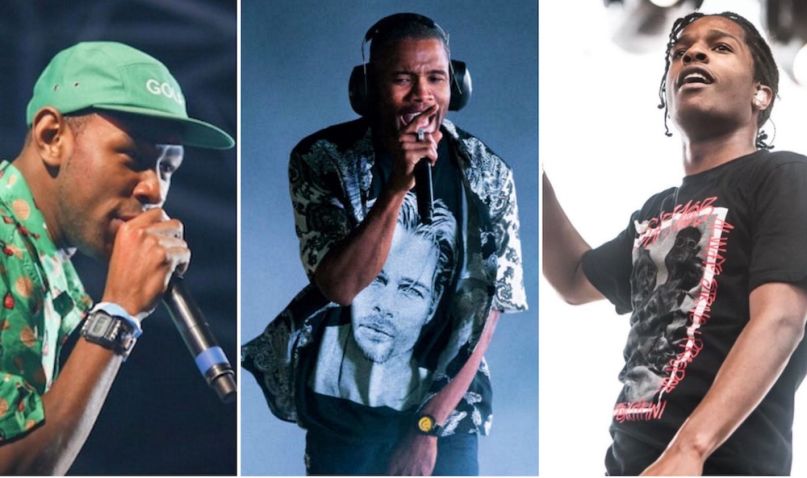 On the heels of an energetic showing at Panorama Festival last weekend, Tyler the Creator returned to New York City for a surprise concert at the Studio at Webster Hall on Thursday night. During his set, Tyler brought out two huge guests in Frank Ocean and ASAP Rocky to perform their respective collaborations from Tyler’s latest album, Flower Boy.

Ocean was the first to join Tyler for “Where This Flower Blooms”. Later on, Rocky stepped on stage, clad in a distressed Hootie & the Blowfish t-shirt, to perform “Who Dat Boy” as well as the ASAP Mob track “Telephone Calls”.

Check out the fan-shot footage below.

In June, Ocean gave his first live performance in three years at the NorthSide Music Festival in Denmark, and last month he made his American return at FYF Fest. Later this month, he’ll be appearing at Way Out West and Flow Festival.

In late September, the entire ASAP Mob collective, led by Rocky and ASAP Ferg, is kicking off a 20-date North American outing in support of their upcoming mixtape, Cozy Tapes Vol. 2: Too Cozy.