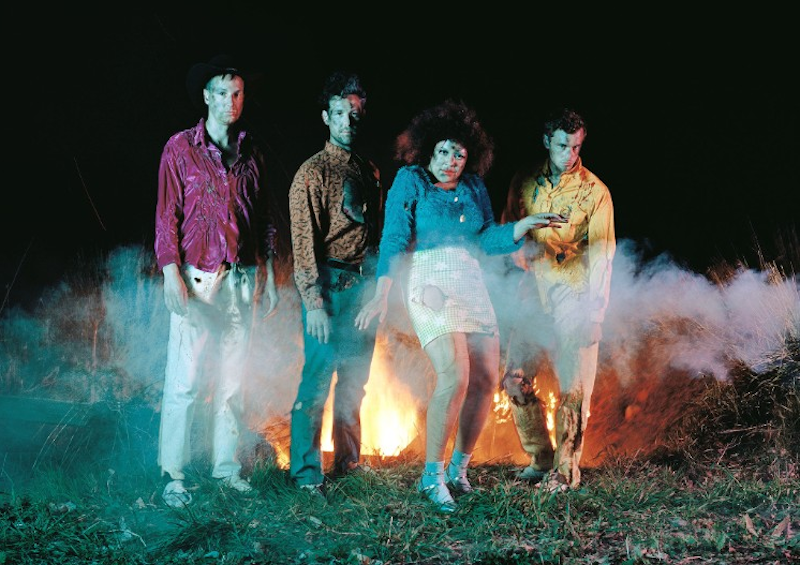 Just a few weeks after Weaves’ self-titled debut album was shortlisted for the Polaris Prize, the Canadian indie rockers have announced its follow-up. The band’s sophomore record, Wide Open, is set for an October 6th via Buzz Records/Kanine/Memphis Industries.

Weaves refer to the style of the new album as “Americana,” though that doesn’t mean they’ve abandoned their indie punk edge. Instead, the songs take on an expanded sound that seeks to “blow up” singer/songwriter Jasmyn Burke’s personal experiences as they relate to her generation. As she explained in a press statement,

“It felt right to try to represent my own experience in the world while knowing that everyone in my age group is poor or having a tough time with life in one way or another, so I was thinking about how to blow those feelings up into these kinds of songs. Blowing up a regular life into something like an anthem. In a way I was thinking about it like Bruce Springsteen, but in a lot of ways my experience of the world couldn’t be less like Bruce Springsteen’s.”

As a first listen, the band has shared “#53”. Written immediately after the band got off the road with Mitski last fall, the track rides on defiant guitars and a relentless rhythm, the perfect soundtrack for picking yourself up off the ground and planting your feet firmly against the world. “When writing ‘#53’ I let out how I was feeling about a lot of things,” says Burke. “Existing on the road, existing at home, living in a time when a lot of younger people feel helpless — it’s all given me a new vigor and desire to be ferocious with our music.” Take a listen:

Wide Open is available for pre-order here. The album art and tracklist, which includes a song featuring Tanya Tagaq, are below.

In support of Wide Open, Weaves have expanded their 2017 tour dates with a new round of North American and EU shows. Find their complete schedule below.