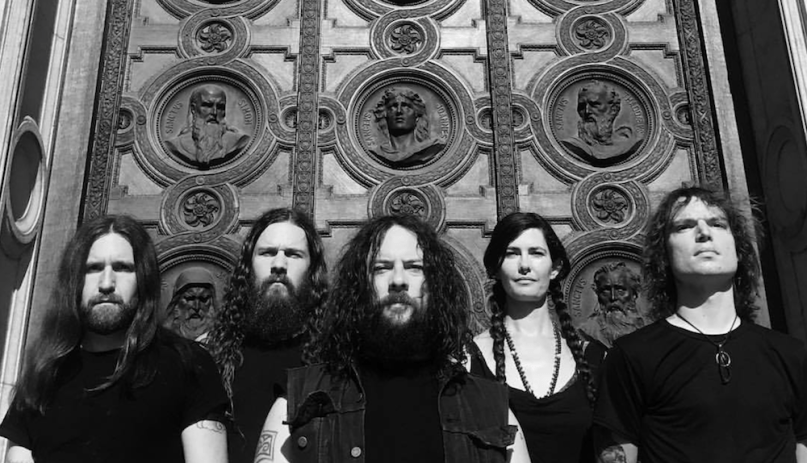 On September 22nd, Wolves in the Throne Room are set to return with their sixth album, Thrice Woven,. The black metal purveyors’ first full-length since 2014 was hinted at with “Born from the Serpents’ Eye” and a brief teaser clip; now, a second track has been revealed.

Titled “Angrboda”, the track collects together the relentless punish of drums, devilish guitars, and guttural growls over the course of eight-and-a-half monster minutes. There’s a brief letup halfway through, but a few spare seconds of eerie, ambient instrumentals quickly gives way to something even more hellish than before. According to a press statement, the track was released to coincide with today’s solar eclipse, as its name references to the “Herald of Sorrow” of Old Norse mythology. It also serves as the newest entry in Adult Swim’s year-long Singles Series,

In support of the upcoming LP, Wolves of the Throne Room will kick off a US tour next month.