Plus, the Nashville trio will tour the southern US this fall 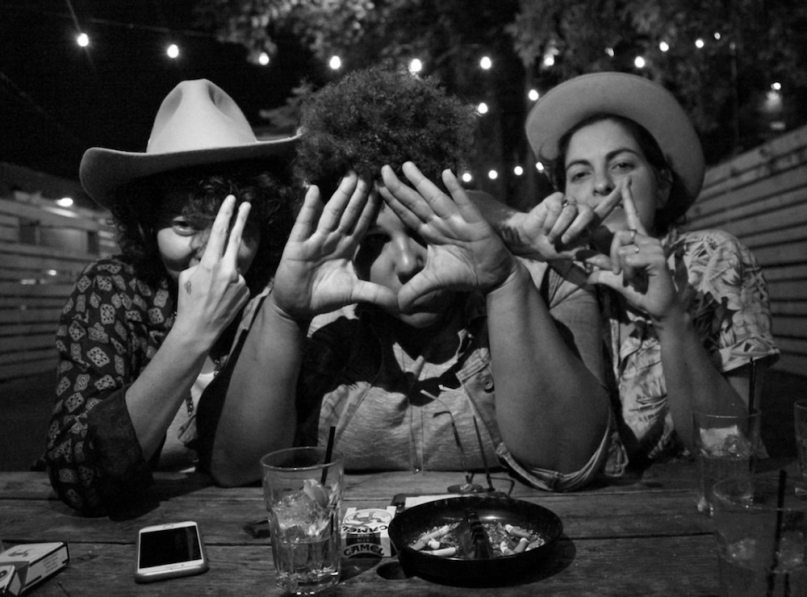 In July, Alabama Shakes vocalist/guitarist Brittany Howard debuted her new side-project, Bermuda Triangle, during a Nashville show promoting female-focused music publication She Shreds Magazine. While it was feared the group would only be a one-off gig kind of deal, today the three-piece — rounded out by local singer-songwriters Becca Mancari and Jesse Lafser — is back with new music and tour dates in tow.

Bermuda Triangle’s official debut track is “a bereft, accepting breakup song” called “Rosey”. According to a press release, it’s based on a song that Lafser released on her 2015 album, Raised on the Plains. While Lafser’s original featured sparse musical accompaniment, this updated rendition “adds a gentle backbeat and the women’s vocal blend, streaking through the song like the oranges and reds in a Western sunset.”

Hear the charming number down below.

Bermuda Triangle are currently in the studio, but will launch a short run of US tour dates beginning October 4th. They’ve tapped Thelma and the Sleaze and Music Band as opening acts.