A refined sermon on truth, anxiety, and our lack of understanding of the world around us 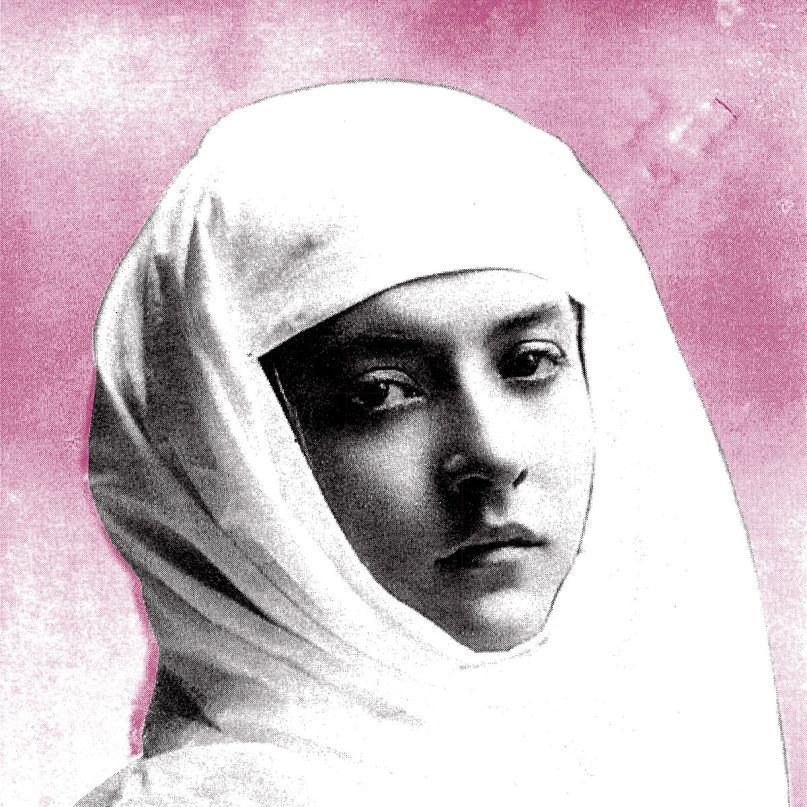 Heraclitus of Ephesus, also known as “The Obscure” or “The Weeping Philosopher,” had a saying: “No man steps in the same river twice.” Heraclitus believed that the universe is in a constant state of flux and that the only real nature of reality is that it is constantly changing. As a result, mankind struggles with a lack of understanding. Protomartyr’s fourth record, Relatives in Descent, opens with a low, rumbling rhythm, then an ominous buzz. “Call me Heraclitus the Obscure,” singer Joe Casey states, as guitars swell, surrounding him. “Constantly weeping because the river doesn’t move/ It doesn’t flow.” His voice is steady — fierce, even — and yet, there’s a detectable hint of fear below the surface. Just like all of us, he’s unsure what’s coming next, and he’s afraid. There’s something desperate and pleading about the track’s final moments, in which Casey repeats, gently moaning: “She’s just trying to reach you.” There might be hope on the horizon, but for now, at least, it’s well out of his grasp.

The Detroit rock veterans’ most refined release yet, Relatives in Descent is a sermon on truth, anxiety, and our lack of understanding of the world around us. As ever, Casey is our trusty narrator, leading us through the darkness with his signature brand of wit, wisdom, and bitterness; like a winning combination of Drunk Uncle and Mark E. Smith, he is both commanding and pitiful in his delivery. Partially inspired by a trip to Ireland, Relatives in Descent glitters with allusions to an ancient past but is firmly rooted in modern society. “A Private Understanding” is where Casey first sets the scene: “In this age of blasting trumpets, a paradise for fools.” A track later, on the groovy and ranting “Here Is the Thing”, he once again makes mention of 2017 as “the age of horn blowing.” Whether “trumpets” is a direct reference to Donald Trump makes no difference; we live in a time where those who make the most racket often receive the most attention, for good or bad (mostly for bad). The consequences of that ideological trend are what Casey explores on Relatives in Descent, but he’s never preaching — he’s just as anxious and appalled as you are.

“My Children”, the LP’s second standout single, is classic Protomartyr: Greg Ahee’s guitar shimmers and shrieks across drummer Alex Leonard and bassist Scott Davidson’s stormy, propelling, rhythmic background. Over the course of four full-lengths, the band have delivered their bleak outlook against immaculate post-punk landscapes; the scene may appear beautiful at first, but there’s darkness brewing. “My children, they are the future,” Casey proclaims, adopting a paternal perspective. But what does that future look like? “Don’t lean on me, man, cause I ain’t got nothin to give,” he eventually admits, nodding to the generation of human beings currently living among the ruins of the one before.

For all its opulent imagery, Relatives in Descent is extremely grim; naturally, it’s in darkness where our fears tend to materialize. Casey is no exception, meditating on despair over the methodical beat of “Night-Blooming Cereus”. The album tackles the immensity of modern civilization and the issues that plague us — poverty, politics, procreation — but it’s the record’s more intimate moments that are most powerful. “Only in darkness does the flower take hold/ It blooms at night,” Casey sings, describing his own personal anxiety and uncertainty. This “age of horn blowing” might be difficult to navigate on a grand scale, but when the lights go out, we are truly alone.

Relatives in Descent presents a shadowy version of reality that is, unfortunately, eerily similar to our own. Throughout 12 tracks, Protomartyr seek truth and understanding, but a neat, satisfying conclusion never arrives. “Truth is the half-sister that will not forgive,” Casey professes at the record’s end, before repeating once again, “She’s just trying to reach you.” This time around, his voice sounds weaker, defeated. As Relatives in Descent comes full circle, hope isn’t quite dead, but it’s also no closer than when we started.

Essential Tracks: “My Children”, “Night-Blooming Cereus”, and “Here Is the Thing”

Previous Story
Arctic Monkeys have begun work on new album with eye toward 2018
Next Story
From Björk to Britney: Songwriter and Producer Guy Sigsworth on Being a Kindred Spirit in the Studio
Popular
More Stories
[fu-upload-form form_layout="media" title="Submit Your Photo"][input type="hidden" name="ugc" value="1"][/fu-upload-form]