Shit is fucked, and Amos reminds us that it's okay to feel and do something about that 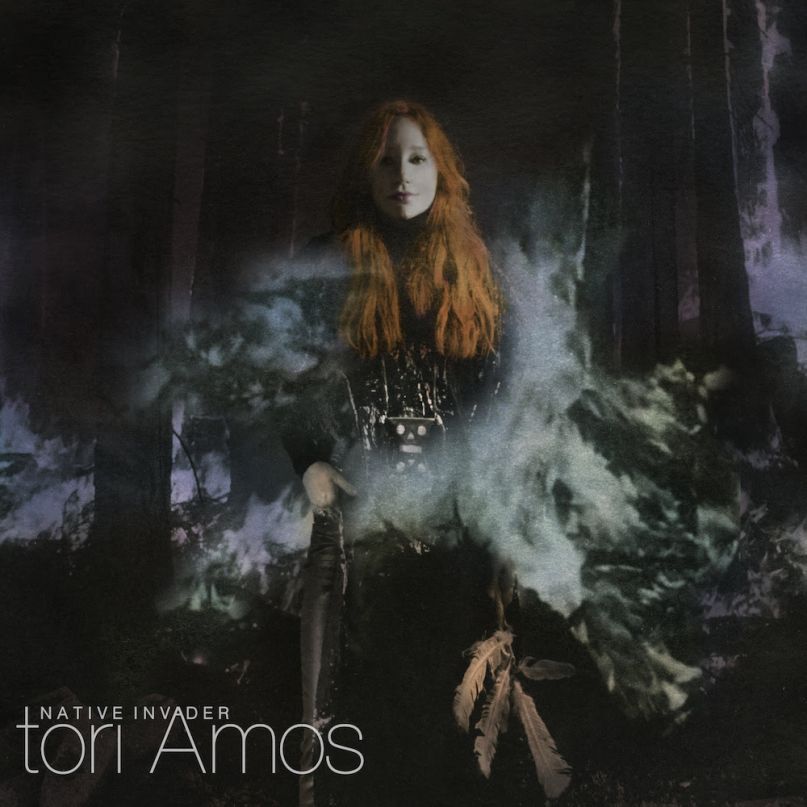 On June 28, 1996, Tori Amos performed to a sold-out Greek Theatre in Los Angeles months after the release of her third album, Boys for Pele. To have been lucky enough to occupy space in the nosebleeds of that theatre, listening to Amos perform evergreen songs like “Blood Roses” and “Horses” was the closest thing to a religious experience most people could ever hope to have. This particular time in music history brought with it the heyday of Winona Ryder, Janeane Garofalo, My So Called Life, MTV’s 120 Minutes, and grunge. That much cool shit happening all at the same time created a bubble that will never be popped by any generation to follow, and I’m not just saying this because I was there for all of it. On September 8, 2017, Amos releases her 15th album, Native Invader, and from the first note to the last it fills you with circa-1996 Tori elation. Not even drugs, sex, or eternal youth can beat the feeling of having your heart soar from music, and this artist can serve that up better than most. She takes you to church the way only a preacher’s daughter can, and that’s a gift from God if there ever was one.

Native Invader is one more indelible notch in her trusty piano. The seeds for the new songs were planted during a trip Amos took to the Smoky Mountains in North Carolina, where her mother is from. The rejuvenating inspiration she took away from that trip was later infused with fearful sadness when her mom, Maryellen, had a terrible stroke that robbed her of her ability to communicate. From this point, Amos was guided by the need to not only face the reality of our new political climate head on via pointed lyrics like “Bang/ The world now traumatized/ By a cluster of hostile humans who side with their warlords of hate,” on the track “Bang”, but also to say what needs to be said for those who find themselves unable, or unwilling, to do it for themselves. Amos doesn’t mince words on this new album. She’s pissed, and she’s heartbroken — a combination that’s the perfect catalyst for getting out there and making a difference in the world in any way possible. The difference she is making with Native Invader is a straightforward serving (spoon, plop, plate) of emotive reality. Shit is fucked. It’s okay to feel something about that.

It would be difficult for an artist to release an album now and have it not be political in some way, unless they tried super hard to avoid the topic all together by just straight-up singing about shoes or something. Native Invader makes no moves to mask the meaning behind lyrics like “A theatre of war the frame/ Inner conflicts now reign their intent/ Division till there is no side to take,” from the track “Breakaway”. The orange clown currently staining up the White House (when he’s there), who Amos referred to as “master showman” in a recent interview with Huffington Post, isn’t mentioned by name on the album, but he’s a frequent topic for sure. On the track “Chocolate Song”, chocolate being a thing that many have found themselves clinging to for comfort since November 8, 2016, she sings: “And I hear your pain screaming/ And I hear your pain in the silent evenings/ We used to be happy.” Remember what it felt like to not be embarrassed of your country or fuming mad at relatives for voting us into this situation? This song is for those moments of contemplation, remembering healthy minds, healthy hearts, and healthy relationships, unburdened (or less so) by political shittery.

The strength of this album, and the 14 that precede it, is the immense healing and soothing found in the sheer beauty of Amos’ vocal delivery. To just sit and let her voice wash over you, floating you away to a nicer part of the pool, is very much welcome right now. Prime examples of her ability to do that on Native Invader are “Climb”, which has a certain Under the Pink salty and sweet quality, “Reindeer King”, with its room-filling piano, reminiscent of “Precious Things”, and “Up the Creek”, in which she’s joined on vocals by her 16-year-old daughter, Tash. The heartbreaker of the album, in its own specific way, goes to “Mary’s Eyes”, a peace prayer for the singer’s own mother. “Hymns for us to sing/ She’s a believer/ Hymns locked in her memory/ I’m a believer they’re the key,” Amos sings on the track, wringing every last bit of love and hopefulness into the words, like you would a rag soaked in cool water, dripping into the open mouth of someone who hasn’t had a drop in days. Amos has said in interviews, including one with Consequence of Sound, that Native Invader isn’t the album she set out to make, as life and tragedy steered her towards new inspirations, but it’s definitely the album we needed.