Eternal Recurrence, the singer's first release since 2015's The Expanding Flower Planet, is due in October 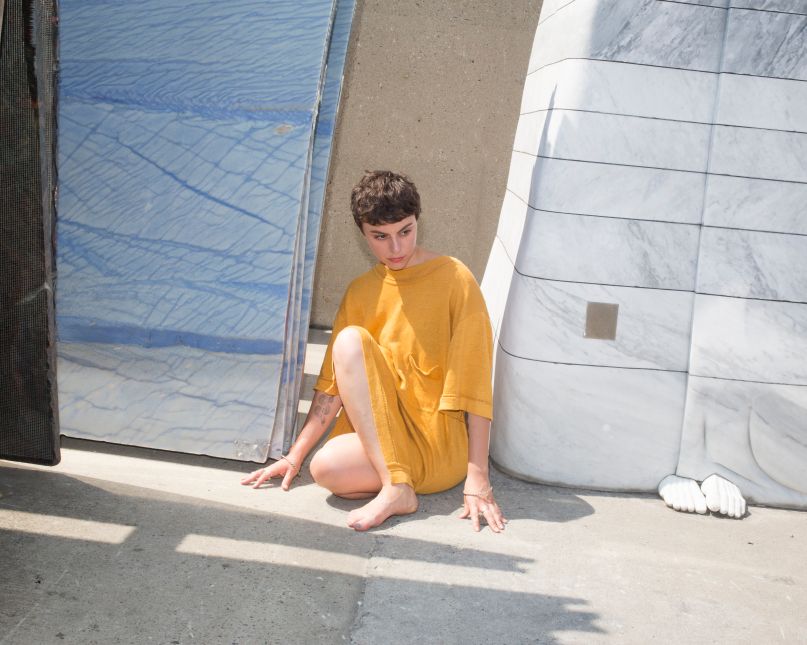 Last month, we got our first listen to the latest project from one-time Dirty Projectors member Angel Deradoorian, who announced a new mini-album, Eternal Recurrence, under her Deradoorian moniker. Its first single, “Mountainside”, underscored the singer’s ethereal vocals with piano clangs and dreamy woodwinds.

Deradoorian has now shared the release’s second single, “Nia in the Dark”, an exercise in pop minimalism that Deradoorian says was written for her friend, Nia Andrews, an LA-based musician. “We had these conversations where she’s never really felt seen in certain ways, and I know a lot of people don’t feel seen,” she said in a statement. “But they do so much and they inspire so many people around them. So it’s kind of talking about like, ‘You may not be seen by all, but these are all the things I see in you, and I see what you’re doing and how you affect everyone and you’re such an important thread in people’s lives.”

“Nia in the Dark” feels like a gust of chilly air, but not in a foreboding way. Despite its eerie vibe, the song exudes intimacy and a number of bright, tiny flourishes. The lyrics, too, are touching and in line with the singer’s comments about the song— “I can hear your song around me,” she sings. “I can feel the light refined.” Listen to it below.

Eternal Recurrence is out on October 6th via Anticon.