Director Andy Muschietti is already planning an It sequel

Warner Bros. has always planned for a two-part cinematic endeavor, and the director wants to tackle other King stories 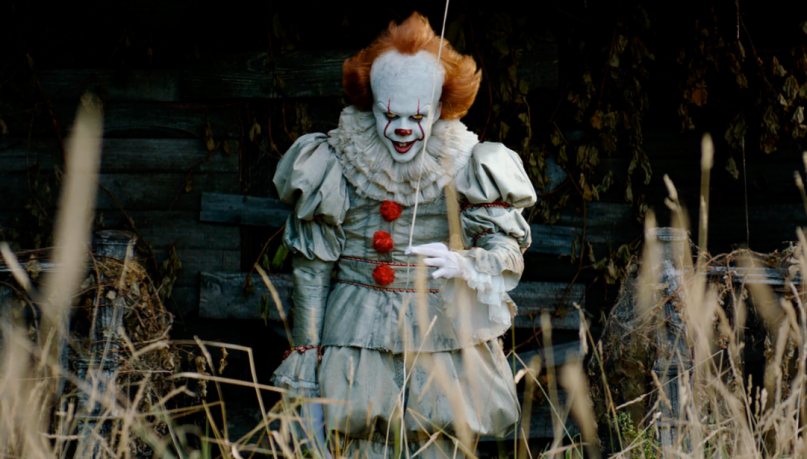 It, photo by Warner Bros. and New Line Cinema

It hasn’t even opened in theaters yet (that’ll happen on Friday, September 8th), but it’s already cutting into the profits of real clowns everywhere. Director Andy Muschietti’s adaptation of the Stephen King classic is also projected to break R-rated horror records, however, so it’s no surprise Warner Bros. has its eyes on a sequel. In fact, as Muschietti himself revealed to Yahoo! Movies, a follow-up has always been in the plans, and he’s already hard at work on part two.

Those who have been following the reboot closely likely aren’t terribly surprised by the news. King’s novel switches perspectives from The Losers Club as children to a separate battle with the extra-dimensional clown Pennywise 30 years later. While It focuses on the kids’ point of view, it largely ignores the whole interdimensional travel aspects. According to Muschietti, however, that might be something that makes its way into his next film.

“I really wanted to focus on the emotional journey of the group of kids. Getting into that other dimension — the other side — was something that we could introduce in the second part,” Muschietti told Yahoo. “In the book the perspective of the writing… is always with the Losers, so everything they know about Pennywise is very speculative and shrouded in absurdity, so I wanted to respect that mystery feeling of not knowing what’s on the other side.”

The director told Variety that a second half — not, in Muschietti’s eyes, a sequel — was always WB’s intention. Though it wasn’t highlighted in the marketing of the film, it’s clear that the plans were well laid, as the movie ends with a title card that reads (MINOR SPOILER WARNING) “It: Chapter One.”

Muschietti isn’t confirmed for the sequel yet, as it hasn’t been officially announced, but he’s ready to get to work as soon as WB gives him the greenlight. In an interview with Consequence of Sound, the directer and his producer wife, Barbara Muschietti, also reveal that they’re mulling over two other King adaptations in the meantime. One project, The Jaunt, was actually announced way back in 2015 before Andy signed on for It.

“We’ve been developing ‘The Jaunt’, a short story from Skeleton Crew, which is one of my all time favorite short stories of his, into a feature-length story. It’s pretty cool,” he says. “I don’t know if you remember the story, but it’s very small, it takes place in a day. So for us, it’s easier to try and crack and figure out the story.”

Given the projected success of It, we wouldn’t be surprised if WB wanted to sign the duo onto more King adaptations. For now, though, check out the It trailer below.

Update – September 7th: According to The Hollywood Reporter, New Line is targeting a 2019 release for the second film. Screenwriter Gary Dauberman has already closed a deal to pen the screenplay, with producers Producers Barbara Muschietti, Roy Lee, Dan Lin, Seth Grahame-Smith and David Katzenberg also set to return. A deal with Andy Muschietti has yet to be cemented, however.