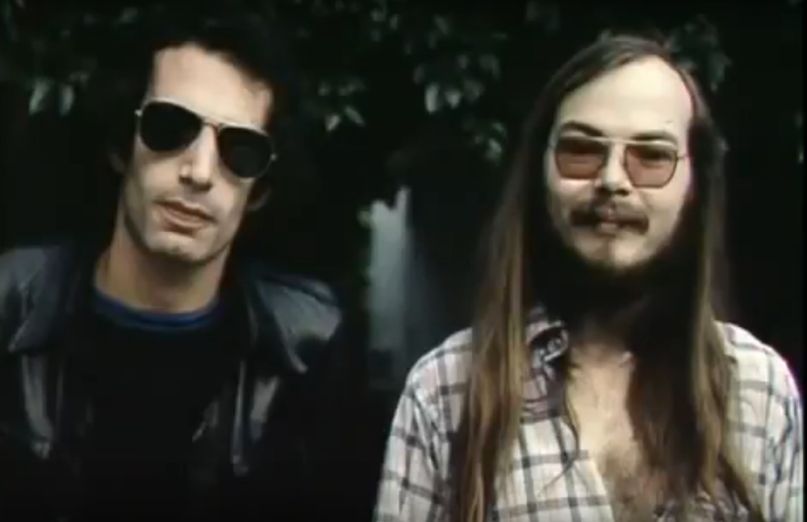 Walter Becker, co-founder of Steely Dan, was reported dead earlier today at the age of 67. The news has been confirmed by Becker’s official website and longtime bandmate Donald Fagen, who penned an open letter in tribute to “my friend, my writing partner and my bandmate since we met as students at Bard College in 1967.”

In the note, Fagen vowed to keep the band going for the foreseeable future: “I intend to keep the music we created together alive as long as I can with the Steely Dan band.”

The tribute also found Fagen reminiscing about the origins of their musical partnership “writing nutty little tunes on an upright piano” in their college dorm, Ward Manor.

In July, Becker had surgery for an undisclosed ailment, causing him to miss the band’s appearance at the Classic East and West concerts. The guitarist had performed with Steely Dan as recently as April.

Read the full open letter below.

Walter Becker was my friend, my writing partner and my bandmate since we met as students at Bard College in 1967. We started writing nutty little tunes on an upright piano in a small sitting room in the lobby of Ward Manor, a mouldering old mansion on the Hudson River that the college used as a dorm.

We liked a lot of the same things: jazz (from the twenties through the mid-sixties), W.C. Fields, the Marx Brothers, science fiction, Nabokov, Kurt Vonnegut, Thomas Berger, and Robert Altman films come to mind. Also soul music and Chicago blues.

Walter had a very rough childhood — I’ll spare you the details. Luckily, he was smart as a whip, an excellent guitarist and a great songwriter. He was cynical about human nature, including his own, and hysterically funny. Like a lot of kids from fractured families, he had the knack of creative mimicry, reading people’s hidden psychology and transforming what he saw into bubbly, incisive art. He used to write letters (never meant to be sent) in my wife Libby’s singular voice that made the three of us collapse with laughter.

His habits got the best of him by the end of the seventies, and we lost touch for a while. In the eighties, when I was putting together the NY Rock and Soul Review with Libby, we hooked up again, revived the Steely Dan concept and developed another terrific band.

I intend to keep the music we created together alive as long as I can with the Steely Dan band.