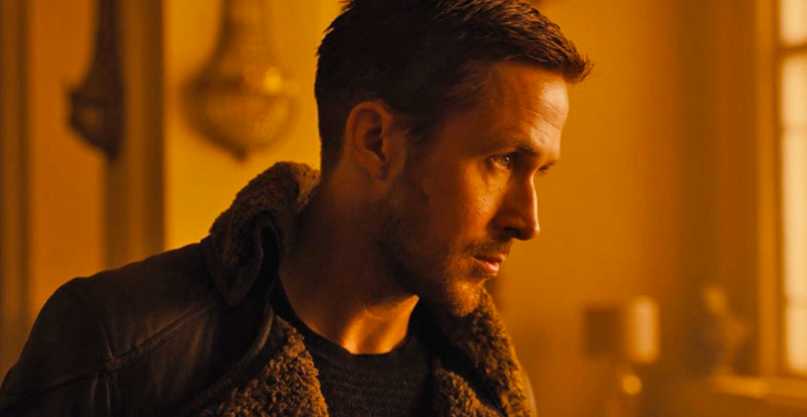 Whether you love it or hate it, Ridley Scott’s 1982 film Blade Runner set the standard for fog-enshrouded science fiction dystopias, a cryptic cyberpunk potboiler about identity, memory, and reality, with one of the most fully realized cinematic worlds ever imagined. Its bonafides as an arthouse sci-fi juggernaut are well established, meaning that any continuation of its legacy would have to pull out all the stops to live up to its immense cultural importance. To do that, it would have to take, oh, a murderer’s row of cinema’s greatest filmmakers, and the return of the first film’s screenwriter and major star, in addition to a laser focus on maintaining the original’s legacy while expanding upon it in new and interesting ways.

Set 30 years after the original, 2049 reveals changes in the world of Rick Deckard (Harrison Ford) and the Nexus-6 replicants. Decades after a mysterious data blackout erased all the electronic records in the world, the Tyrell Corporation is bought out by a new megacorp led by blind visionary Niander Wallace (Jared Leto), who strives to perfect the replicants and accelerate mankind’s colonization of the galaxy. Enter Agent K (Ryan Gosling), a grizzled blade runner for the LAPD who, during his latest replicant hunt, stumbles across a trail of bread crumbs that leads him to, among other things, former blade runner Deckard.

At its heart, Blade Runner was a cyberpunk neo-noir detective story; 2049 continues that tradition with a mystery that raises the stakes of the original without turning it into a creaky save-the-world narrative. To say more about the film’s plot would ruin the experience; put simply, Blade Runner screenwriter Hampton Fancher (along with co-writer Michael Green) dives deeper into the first film’s explorations of humanity and individuality in the face of technological alienation. (You can even find shades of Her in some scenes with Gosling and his Amazon Echo-like personal assistant.)

Much like the replicants of the film’s setting, Blade Runner 2049 is crafted with a technician’s eye and an artist’s care. Director Denis Villeneuve’s previous four films (Prisoners, Enemy, Sicario, Arrival) cemented him as one of modern cinema’s most daring and detailed visionaries, and his signature aesthetic serves him well in the cold, desolate future of 2049 Los Angeles. Cinematographer Roger Deakins, who really shouldn’t have to work this hard for an Oscar, wraps this chilling future in bold, varied textures – the dense fog that surrounds LA, the amber hues of Wallace’s ornate corporate headquarters, the burnt-orange fallout of Las Vegas’ smoldering ruins. And sonically, composers Hans Zimmer and Benjamin Wallfisch lean heavily on Vangelis’ original 1982 score for inspiration, but 2049 is refreshingly light on incidental music, mostly allowing the booming, immersive sound design to take center stage. (One scene, in which two characters stalk each other amongst a malfunctioning hologram of Vegas lounge acts that barely plays music, is darkly haunting.)

The production design continues Blade Runner’s tradition of fascinatingly analog future tech, from simple upgrades to the spinners and pistols to trickier gadgets such as lifelike holograms and floating surveillance drones. Impossibly, the production and art design team make the world of 2049 feel like a natural extension of its 2019 past. The glowing neon cityscapes are still there, but as the film’s plot steps outside of the urban sprawl on occasion, we see just how desolate the outside world is for everyone. Las Vegas has been bombed out and covered in radiation, San Diego is one huge landfill, and the West Coast is walled off from the impossibly empty Pacific Ocean by a huge dam. The future world of Rick Deckard’s day was a claustrophobic mess; for Gosling’s character, it’s practically a ghost town.

As much ballyhoo will (and should) be made about 2049’s brilliantly realized futuristic world, the care and attention taken to its roster of tightly-coiled, emotional performances should not be ignored. Gosling acquits himself well as Ford’s effective successor, carrying himself with a similar world-weariness toward his job. Over time, as the progress of the mystery has unexpected effects on his understanding of the world, Gosling imbues K with a trembling vulnerability. In a world of concrete, steel, and neon, it’s positively electric to begin seeing the cracks of humanity forming in Gosling’s otherwise Drive-like stoicism. Ford, meanwhile, makes the most of his limited screen time, giving us an old Deckard not unlike his old Han Solo from The Force Awakens – worn down and more than a little grumpy, but made more earnest by the miracles he’s witnessed in the intervening years.

Surrounding these two screen titans, however, is a shockingly talented supporting cast, including Robin Wright, Dave Bautista, Mackenzie Davis, and Barkhad Abdi in small but crucial roles that flesh out the way people in this heavily alienating dystopia get by. Two particular standouts include European unknowns Ana de Armas, as K’s sympathetic love interest/shoulder to cry on, and Sylvia Hoeks as Wallace’s passionately sadistic enforcer, Luv. While many thinkpieces will likely result from the film’s treatment of its female characters (they receive more violence and fewer clothes than the men, on average), de Armas and Hoeks steal every single scene they’re in with tremendous depth and ferocity.

In the final estimation, Blade Runner 2049’s legacy will be estimated by both its ability to capture the spirit of the original and tell an enticing story in its own right. By virtually every measure, it succeeds — whether it’s in Villeneuve’s careful, calculating directorial eye, Deakins’ sharp, distinct cinematography, or the film’s eye-popping visual design. Even the script’s occasional dips into “hero’s journey” conventionality are quickly subverted, and serve to accentuate the mythic nature of K’s story. It may seem premature to ascribe the word ‘masterpiece’ to the legacyquel of a heady sci-fi head-scratcher from the ‘80s, but its audacity and formal perfection – not to mention its thematic weight – leave no other alternative.