Andy Muschietti's adaptation of Stephen King's 1986 masterpiece is no loser 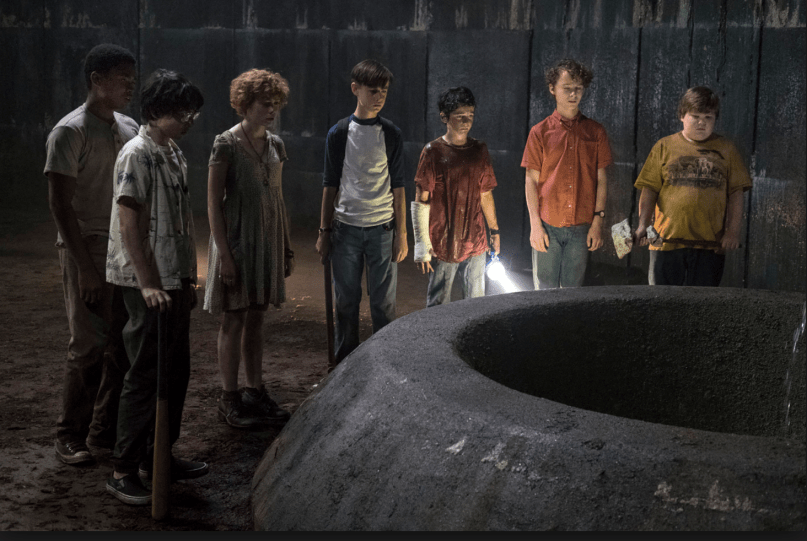 There’s nothing scarier than being a kid. The world is so large, so incomprehensible, so unknown; it’s a fragile time, when the learning curve can be both dangerous and beautiful, and every day is like playing Russian roulette with new discoveries. You might have your first kiss, but you might scrape your knee for the first time. There might be a new sweater waiting for you on the edge of your bed, but there might also be a monster in the closet. You might win the spelling bee, but you might get picked last in gym class. It’s a gamble that’s always larger-than-life, mostly because it’s the first time it’s happening in your life. And as you grow up, all of those experiences become a part of you. They inform your passions, your anxieties, and your fears.

Fear is a constant evolution, though, and one that traditionally follows a linear path: You learn your fears, you conquer your fears, you keep your fears. Even if you shake that feeling of arachnophobia, you’ll remember why you had it. That same reasoning goes with those you don’t shake, and those are the fears you try to suppress or avoid, the ones that haunt your dreams and tickle your mind when you least expect it. More often than not, these fears derive from something that shattered your consciousness as a kid, something that you’ve never been able to fully comprehend or explain or rationalize or swallow. These are your inner demons, your skeletons in the closet, your darkness within, and rest assured, you’re not the only one who has them. Everybody does.

(Interview: Andy and Barbara Muschietti Talk About It, Sequel Ideas, and Pet Sematary)

That’s why Stephen King’s 1986 masterpiece It has always been one of his most ubiquitous novels: Anyone who’s about to sit down with a 1,200 page novel has likely already grown up and encountered their own fears — it’s a part of the human condition. Because of this, the book’s an endearing read, one laced with a twisted kind of nostalgia that feels less like a warm blanket in autumn and more like cold shower in Moscow. Sure, there are the occasional moments of respite, what with all the bike rides and games at the barrens, but there’s something incredibly haunting about being a part of the Losers’ Club. Whether you read it as a child (god help your soul) or as an adult (bless your heart), the entire narrative is one long reminder of where fear comes from and where fear goes.

So far, that’s also the gist of the book’s first film adaptation. Director Andy Muschietti, who picked up the pieces once Cary Fukunaga left over creative differences, ably captures the angst and terror of being a kid experiencing life first-hand. As we follow the Losers across Derry, Maine at the start of Summer 1989, we learn that they’re all wrestling with their own respective anxieties: Bill Denbrough (Jaeden Lieberher) is haunted by the recent (on-screen) loss of his brother Georgie (Jackson Robert Scott). Beverly Marsh (Sophia Lillis) is sexually abused by her father at home. Eddie Kaspbrak (Jack Dylan Grazer) is a neurotic hypochondriac with an overbearing mother. Mike Hanlon (Chosen Jacobs) feels responsible for the death of his parents. Stanley Uris (Wyatt Oleff) is struggling with his own faith. Ben Hanscom (Jeremy Ray Taylor) is the new kid on the block. And finally, Richie Tozier (Finn Wolfhard) fears clowns, but more on those later.

For now, let’s talk about these Losers: From the very beginning, this film was always going to live and die by its principal cast, and Muschietti had the unfortunate task of starting with the kids. (You know, unlike the 1990 mini-series that had the luxury of shifting back and forth between adults and kids, much like the novel.) Seeing how Hollywood has an historic track record of making kids appear insufferable on screen, there was a risk in putting the entire film’s weight on their shoulders. Someone send a cheese basket to the casting director because this ensemble is exceptional, even rivaling Wolfhard’s pals on Stranger Things. For starters, they’re actual kids: They curse. They punch. They throw rocks. They crack mean-spirited jokes about dicks and moms. They make pop culture references. They say “sosh” for social studies class. They feel real. Though, a large part of what makes them real is the way Muschietti refuses to baby-proof their surroundings.

No, quite the opposite. Derry is a mean, mean town, where adults feel non-existent and bullies want more than your lunch money. Never once do you get the sense that the Losers are in any safe position. Pain and trauma follows them everywhere, even when they’re sleeping at home in bed, or reading poetry in their bathtub, or studying at the school library, or watching slideshows together in their garage. It’s an awful, miserable place for all parties considered — even the bullies as we eventually learn — and that not only builds up a sense of character but a sense of place. Those two facets have long been King’s strongest suits as a writer, and the way Muschietti capitalizes on them only makes this film feel even more spiritually linked to its source material. God only knows why that’s been lost on so many directors tackling King’s work over the years.

Perhaps we should start clowning around, no? Yes, the big bozo we’ve yet to address is Bill Skarsgård’s portrayal as the iconic Pennywise the Dancing Clown. In short, he’s good. But, he’s also straddled with the kind of annoying CGI scares that has come to destroy mainstream horror over the years. In fact, one of the biggest sins Muschietti commits is not allowing his main star to simply act. Instead, Skarsgård’s tossed around like a Super Happy Fun Ball, jumping into hyperdrive more times than the entire star fleet in Star Wars: The Force Awakens. Not surprisingly, fatigue sets in about halfway through — right around the time the Losers revisit the house of Neibolt street — and whatever was supposed to be scary turns irrationally annoying. Which is very disappointing considering Skarsgård is downright chilling when he’s just doing his own thing in person.

(Start Listening To: The Losers’ Club: A Stephen King Podcast)

That’s not to say the film isn’t scary. In addition to the bullies and the town itself, all of which exudes this nagging sense of dread that overpowers everything else, there are quite a number of imaginative constructs peppered throughout the film. One particularly harrowing sequence involves a painting at Stan’s temple that’s currently sending shivers down this writer’s spine. Another is whatever headless entity chases Ben throughout the library, shuffling about with the kind of stop-motion jitters that made Sam Raimi such a notorious horror hound in the ’80s. The idea of being stuck underground in those narrow hallways with the thing is the kind of image that will push you to buy a Kindle. And finally, not enough can be said about the entire situation at home with Beverly, from the gushing blood to everything else involving her piece of shit father. Lillis is a total star in the making, and her reactions toward her piece of shit father are downright affecting.

But really, the whole movie is affecting, so much so that Pennywise doesn’t even matter. In a way, he’s more of a McGuffin to the real horrors at hand, from parental abuse to violent bullying to the unnerving revelation that life has only just begun. And like any great coming-of-age story, there’s a degree of innocence that’s been lost and yet a degree that’s also been gained by film’s end. You can tell that kind of give and take is what truly hooked Muschietti to the premise, at least if we’re to judge the way he frames the more tranquil finale at the end. After all, he’s human like the rest of us, and this story is as emblematic of his own experiences with growing up as it is of ours. How he was able to capture that familiar power not only speaks to his creative abilities as a director but his own self-awareness as a human being. He floats, too.