I'm willing to wager she finds the experience quite exasperating 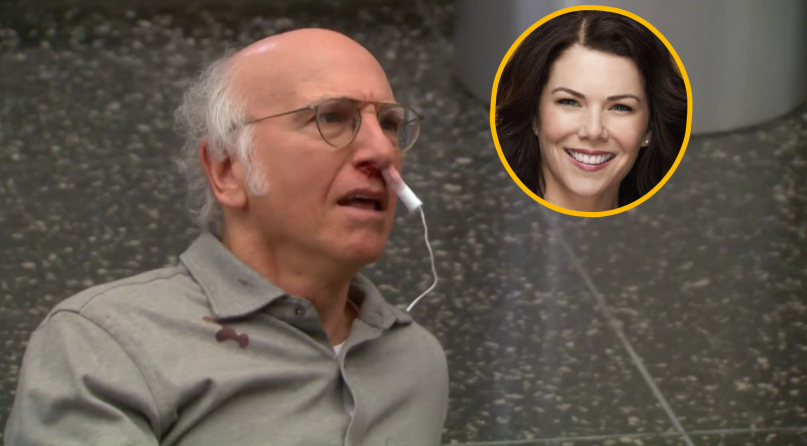 The much beloved Curb Your Enthusiasm returns for its ninth season after a six-year hiatus on October 1st. It’s now been revealed that Lauren Graham’s first role after reprising her iconic role of Lorelei Gilmore last year will be that of Larry David’s love interest.

According to Entertainment Weekly, Graham will play an NBC censor who falls for the curmudgeonly David. “Larry’s always had a complicated relationship with NBC censors. Now he’s dating one,” Curb executive producer Jeff Schaffer tells EW. “This is a pretty good relationship in spite of the fact that she’s an NBC censor. She does have a kid. And that can complicate things.”

Given Larry David’s history with NBC censors and his character’s previous interactions with kids, the pairing seems rife with opportunities for comedic gold. The actress will join the cast for a multi-episode arc, and Graham has said her character is “someone who has very colorful language” and is “completely not me at all.”

Get excited for season nine, in which Larry will be playing a plaintiff on Judge Judy at some point, by watching the teaser trailer right here. Also be sure and check out one of Larry’s many wonderfully awkward moments with Greg the Flamboyant Kid below.