Grapell share the Origins of their new single “Heartbreaker”: Stream

Swedish duo are set to release their full-length debut, Crier, this November 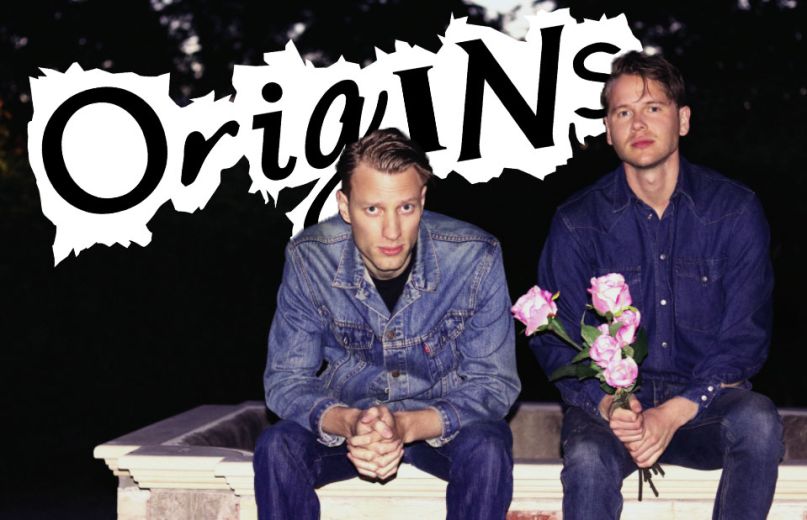 Sometimes it takes awhile for musicians to get their sound just right. Sweden’s Emil Erstrand and Nils Nygårdh have been working on their music together since high school, but the makeup of their projects was never quite right. Their first outfit, Good Morning June, was a five-piece that “couldn’t agree on anything,” and the band they formed after that, Grapell, began again as a larger band. It wasn’t until they cut out the fat and refocused themselves as a duo that Grapell truly hit its stride.

Crafting songs in their rehearsal space and Emil’s own home, the duo focused on writing simple songs about love as a means to block out the hardships berating them in headlines and their own lives. One such track is “Heartbreaker”, the latest single from their upcoming full-length debut, Crier, out November 3rd via Roll Call Records & Strangers Candy. The song is perhaps the most poppy on the record, a sweet guitar ode to that one person who can help you break through the darkest parts of your days, but also send you right back into them. “Baby, you’re a heartbreaker/ Every time you say that you don’t mind,” goes the first verse. “And every generation is lost/ And I just want you to eat me alive.”

If you hear a little Ryan Adams in “Heartbreaker”, you’re not mistaken. As Grapell explain in our latest edition of Origins, Adams was indeed one of the inspirations for the track, as was Germany’s Club Manufaktur and The Byrds’ “Mr. Tambourine Man”. Read on to see what the duo had to say about what led them to create their latest track.

I wrote “Heartbreaker” in maybe 15 minutes at home. I recorded it on my phone and had it playing in my head for a couple of weeks. But the first time we played it as a band was at Manufaktur, a club in Schorndorf, Germany (and a really great place!).

Like an hour or so before getting on stage we were informed that our set was too short. We didn’t want to disappoint anyone but were not sure of what to do. Then I remembered this song. It wasn’t finished at the time but we added it to the set anyway — right before going on stage. Even though we had never played it before, it went well. Even really good. The way we performed the song that time (and the rest of the tour) had a great impact on how we later on recorded it. I also think that memory gives the song an extra glow for us.

With some songs you know exactly where the creative inspiration comes from when writing them. You might have just listened to something and thought, “I want to make a song like that,” or maybe there’s this certain artist or band that you’re really influenced by at the time. Then there are songs that are harder to tell where they come from. “Heartbreaker” was one of those. But after having written the first verse and chorus, I do remember thinking that it would be nice to arrange and record the song so that it would sound like something by the Byrds. I haven’t listen to them that much but it was something that just came to me. I imagined harmonies all over the place and maybe some twelve-string guitars. In the end the song didn’t really turned out that way at all. But that’s also the way it usually goes.

When we were to record the song I had this song by Ryan Adams in mind. We had a different intro to “Heartbreaker” at first, more similar to the intro of “Do You Still Love Me?” but changed it during the recording process. Now the only trace left from Ryan Adams might be the opening organ.

The song was written during the very dark Swedish winter but I wanted it to sound like the much more exuberant Swedish spring. I also imagine that the song is set during the last days of spring and the first days of summer, even if it is not relevant for the lyrics or what it is about.