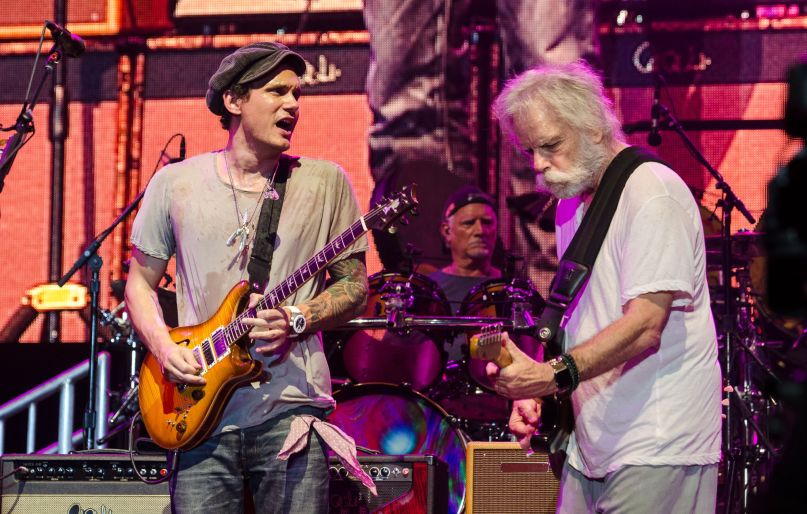 Jerry Garcia’s spirit lives on through Dead & Company, which finds the surviving members of Grateful Dead members Bob Weir, Mickey Hart, and Bill Kreutzmann join forces with John Mayer, Allman Brothers’ Oteil Burbridge, and Ratdog keyboardist Jeff Chimenti to noodle through some of the band’s greatest hits. If you missed them on their tour earlier this summer, the band has just announced a fall leg to close out the year.

The tour kicks off on November 12th, which marks the first of two shows at Madison Square Garden. Dead & Company will then find themselves drifting through Boston, Detroit, Austin, and several more cities before wrapping up in Sunrise, FL on December 8th.

Tie dye some tees ’cause tickets go on sale on Saturday, September 16th.