Here’s our first look at David Harbour as Hellboy 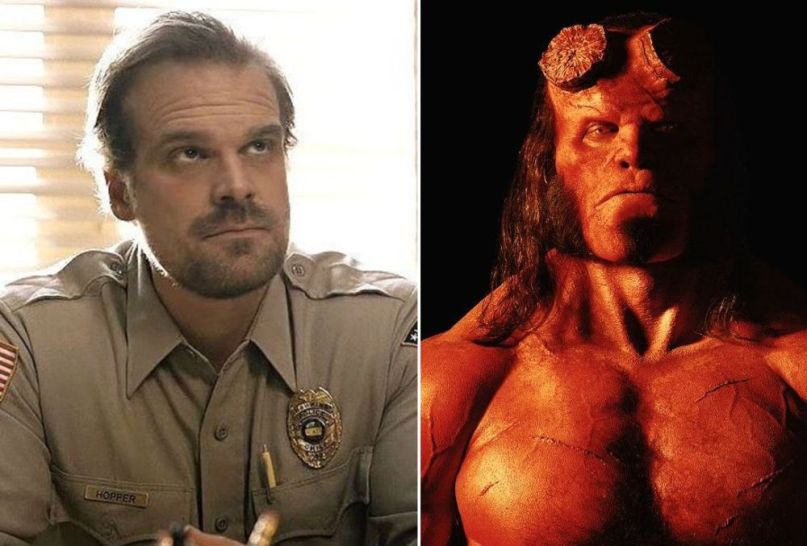 The upcoming Hellboy movie has gotten off to a rough start thanks to the departure of Guillermo del Toro over budgeting concerns and public outcry over whitewashing one of the characters. It looks like the production is finally starting to come together, as we’ve now received the first look of Stranger Things star David Harbour as the titular character and he looks fantastic.

Judging by the photo, Harbour has been spending time in the gym to look the part, but the make-up artists and costume designers deserve the most praise. Harbour is unrecognizable with the prosthetics used to reshape his facial structure and Hellboy’s “Right Hand of Doom” is intricately detailed.

Check out the full photo below.

The first look is the second bit of positive news for the production this week. On Monday, The Hollywood Reporter revealed Lost star Daniel Dae Kim was cast to replace Ed Skrein in the role of Major Ben Daimio. Skrein stepped down from the role in late August after public outcry over whitewashing the Japanese-American character.

Game of Thrones director Neil Marshall has been tapped to helm the currently titled Hellboy: Rise of the Blood Queen. Joining Harbour and Kim are Ian McShane (Deadwood, Game of Thrones) as Hellboy’s adoptive father and Milla Jovovich (The Fifth Element) is playing a medieval sorceress who wants to destroy humanity.