Bryan Singer-directed film is set to hit theaters next year 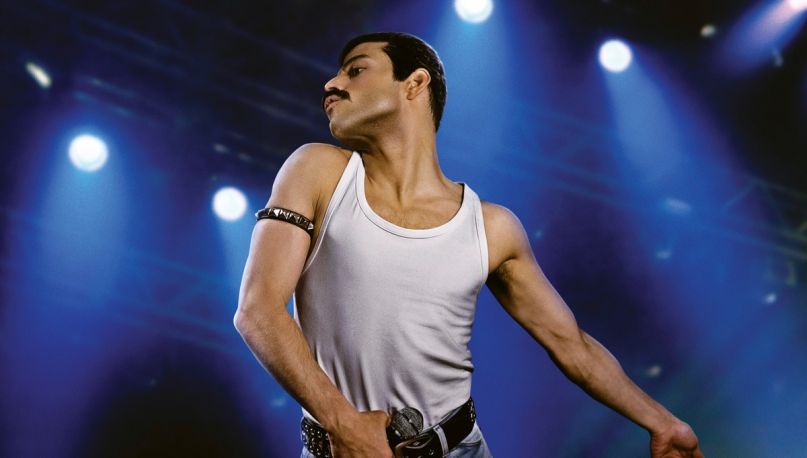 After years of being stuck in developmental hell, Bohemian Rhapsody, the biopic on Queen singer Freddie Mercury, is finally on the way. Mr Robot star Rami Malek is confirmed to play Mercury in the forthcoming film, and today we get our first look at Malek in character. The above photograph was released on what would have been Mercury’s 71st birthday (via EW.com).

Bryan Singer, who has spent the last 15 years consumed with the X-Men cinematic universe, has been tagged to helm Bohemian Rhapsody. He’ll get to direct an impressive cast that also includes Joe Mazzello, Ben Hardy, and Gwilym Lee playing Mercury’s Queen bandmates.

Surviving Queen members Brian May and Roger Taylor are serving as the film’s executive producers and musical supervisors. They personally chose Singer to direct the film due to his “extraordinary imagination and style.”

Talk of a Freddie Mercury and Queen biopic has persisted for at least a decade. For years it was believed that Sacha Baron Cohen would play Mercury in a biopic, though he later distanced himself from the film, citing serious clashes with the original band members, who reportedly wanted to film a PG-rated movie which avoided the darker aspects of Mercury’s life. Several alternate versions were later floated, including one starring Sam Whishaw, though none were officially announced until earlier this summer.

Production is set to begin this fall with a release date tagged for December 25th, 2018.