Star Wars: From a Certain Point of View compiles 40 canon short stories, one of which centers around the bounty hunter 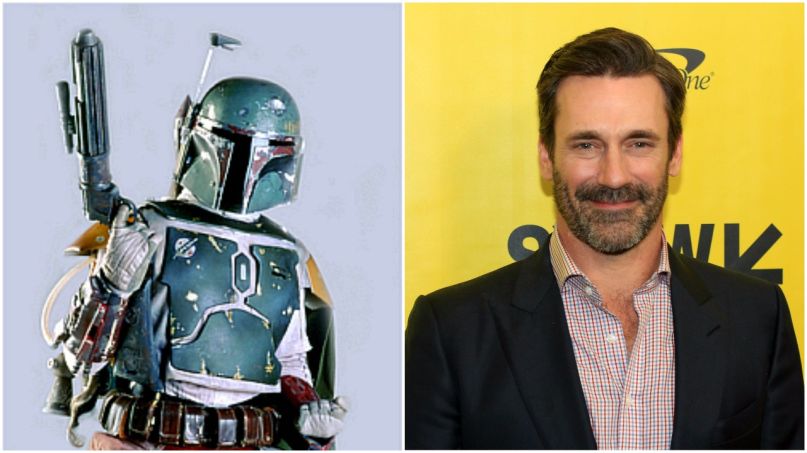 Boba Fett’s one of the great characters of the Star Wars universe, not because he was well-developed or particularly integral to the story, but because he was such a mystery. His face was masked, his allegiances unclear, and his voice nonexistent. But because Hollywood loves an origin story, the prequels filled in his backstory and Star Wars: The Clone Wars has deepened his character that much further.

Well, the demystification continues, as it’s just been announced that Jon Hamm will be voicing Boba Fett in an audiobook version of Star Wars: From a Certain Point of View. The book, an anthology of 40 short stories that are canon in the Star Wars universe, is designed to celebrate the series’ 40th anniversary. Writer Paul Dini’s contribution will center around the infamous bounty hunter, and, if the below quote is for real, Hamm will be delivering some cheesy-ass lines.

You can hear Hamm’s sonorous lilt threaten the galaxies on October 3rd, the same day as the book’s release.