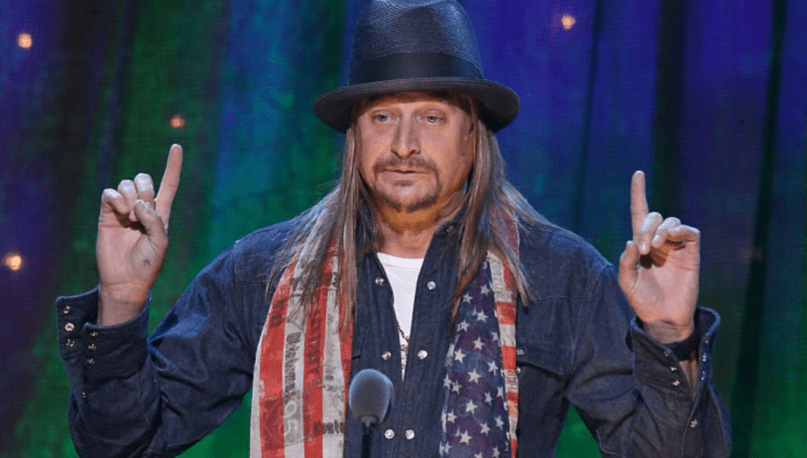 Despite the fact that a legal complaint argues otherwise, Kid Rock vehemently claims he’s not actually campaigning to become Michigan’s next Senator — yet. Of course, that flies in the face of the logic of his own actions, like launching a campaign website, giving a political speech to open a concert, and making the politically pandering declaration “I LOVE BLACK PEOPLE!” Even with the promised support of Mitch McConnell’s GOP group, however, he might want to seriously reconsider his chances, as a new poll finds him trailing the incumbent Democrat by a landslide.

Marketing Resource Group (MRG) released the results of a poll finding that Senator Debbie Stabenow leads Kid Rock, born Robert Richie, 52 to 34 percent. 600 likely voters were interviewed for the hypothetical poll, and the margin of error is plus or minus four percent. The poll asked voters to choose between Stabenow and Rock, using his stagename instead of his given one, proving that simply being a famous rockstar isn’t enough to gain you political capital.

“Kid Rock would have an uphill climb against Stabenow if he were serious about getting into the race,” said MRG President Tom Shields in a statement. “His popularity as an entertainer is not transferring to the ballot.”

Well, thank God for the reasonable folks of Michigan. Then again, that still means upwards of 204 people said they would vote for Kid Rock, so what the hell is wrong with you, Michigan?! Don’t be fooled by this man: