Live Review: The Muppets Bring Magic to the Hollywood Bowl (9/8) 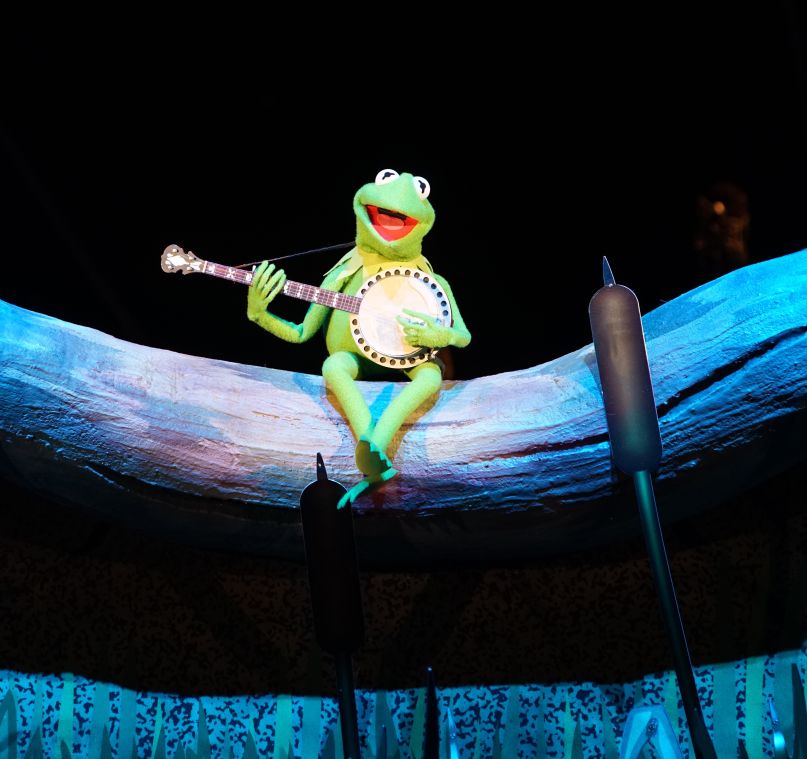 Photography by Andrea McCallin of The Muppets Studio at the Hollywood Bowl, provided courtesy of the Los Angeles Philharmonic Association

Over the past 62 years, The Muppets have conquered television, film, and even live performances. They’ve seen spinoff animated programs like Muppet Babies, survived the death of their creator Jim Henson, and even weathered storms like the recent firing of Kermit voice Steve Whitmire. But one notch remained unchecked on their impressive resume: headlining the Hollywood Bowl.

But that all changed on Friday as Kermit, Miss Piggy, and the rest of the gang began their full-weekend residency at one of the best music venues in the country for The Muppets Take the Bowl. As noted Muppet hater Sam Eagle mentioned in his preamble to the show, it’s a stage that’s been used by people like Fred Astaire and Franklin D. Roosevelt. In entertainment (or, apparently, politics), if you’ve mattered in the last 75 years, chances are that you’ve played the Bowl. But to get a live show from the Muppets is different than just putting a band on a stage. The performance seamlessly combined video footage, the Hollywood Bowl Orchestra, dancers, comedian Bobby Moynihan, fireworks, and, of course, songs and skits from the full cast of legendary puppets. Clocking in at a little more than two hours, the performance created especially for this weekend took the creators most people love from a screen and made them work as three-dimensional, real-world figures.

It doesn’t take a live performance to know that the Muppets matter. But seeing families flock to the Bowl, adults dressed like their favorite characters, and generations sharing their love for entertainers that have been there for all of us as both children and grownups, it all worked to underscore the huge impact of Jim Henson’s creations. The audience would cheer at the first appearance of their favorite characters and sang together as the Muppets delivered renditions of their most beloved songs. There was even the sense that you didn’t need to be a Muppet die-hard to be entertained, which is essentially what a Muppets’ show is all about. The Muppets are entertaining regardless of your age and experience, and their live show only solidified that.

Of the highlights, Pepe the King Prawn delivered one of the show-stealing scenes when he engaged in a conductor Thomas Wilkins in a battle for the orchestra, fighting to add some salsa into the classical repertoire. Wilkins was a good sport throughout, showing off some acting chops as he engaged in the Muppets’ scenes, and often delving into what could best be considered as classical music’s greatest hits. Another smart touch was the use of Statler and Waldorf, who appeared via video screen from their own Hollywood Bowl box, often chiming in to criticize the performances in their own curmudgeonly way.

And, of course, the audience appreciated any nod to the LA setting. An underutilized Rowlf received a huge ovation for a rendition of Johnny Cash’s “I’ve Been Everywhere” that focused on different parts of Los Angeles, while an extended appearance by Dr. Teeth and the Electric Mayhem included a version of Edward Sharpe and the Magnetic Zeroes’ “Home” with video footage of the performers frolicking in LA scenes. Even Mahna Mahna, during a crowd-pleasing rendition of his namesake number, managed to fit in a trip to Hollywood Blvd. and Pink’s Hotdogs.

From beloved skits like Pigs in Space and Gonzo the Great to encounters with The Swedish Chef and Bunsen & Beaker to showstopping renditions of “Rainbow Connection” (complete with an appearance from songwriter Paul Williams), “Bohemian Rhapsody”, and “With a Little Help From My Friends”, there was a heavy dose of nostalgia to give heft to the appearance. But the performance didn’t rely on it. Video skits that played off of popular Netflix shows proved the Muppets still have what it takes to provid funny glimpses at contemporary society, and their longevity only boosts their enduring comedic spirit. But by giving fans and families in Los Angeles a chance to see the magic of the Muppets in person, the Hollywood Bowl managed one of their most inspired and memorable bits of programming. The list of famed Bowl performers may be long or illustrious, but the Muppets now hold a firm spot in the pantheon.