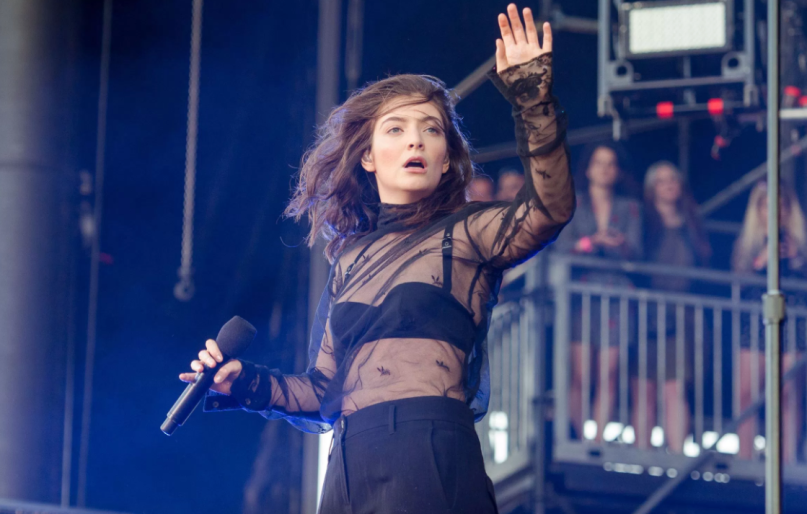 While appearing on Marc Maron’s WTF podcast earlier this month, Lorde confessed her love for the work of Phil Collins. “My favorite pop males are the guys that sound like a combination of your boyfriend and your dad,” she said before singing a few bars of “Take Me Home”. “That’s Phil.” That discussion must have primed the pop star for her BBC Radio 1 Live Lounge appearance earlier this morning, because she knew right away what song she’d be covering: Collins’ classic “In the Air Tonight”.

In what was essentially her karaoke dreams coming true, it’s clear from Lorde’s expression that she was fully enjoying covering Collins. If her performance reads just slightly less sincere than what we’re used to from the her, it’s only because she was geeking out so much over getting to record a song from one of her favorite artists. Plus, she has to sing her own name over and over again (oh, Lorde). Check out video of the performance below, and listen to the whole thing at the 2:13:00 mark here.

BIG thanks to @Lorde for joining us in the Live Lounge today!

If anyone needs us, we'll be watching this on repeat ????#R1LiveLoungeMonth pic.twitter.com/Bh9zEoRGms

Live Lounge host Clara Amfo pointed out that Lorde herself has been the subject of a number of Live Lounge covers.  She played a few such appearances and asked the pop star to guess which artists were singing her songs; she nailed CHVRCHES and Jason Derulo, but couldn’t pin point All Time Low. Lorde also performed a slowed-down rendition of her hit “Green Light”, a clip of which you can watch below.

We can't let go of how perfect Green Light sounds in the Live Lounge ????