Marilyn Manson and Trent Reznor have made amends, may collaborate in the future 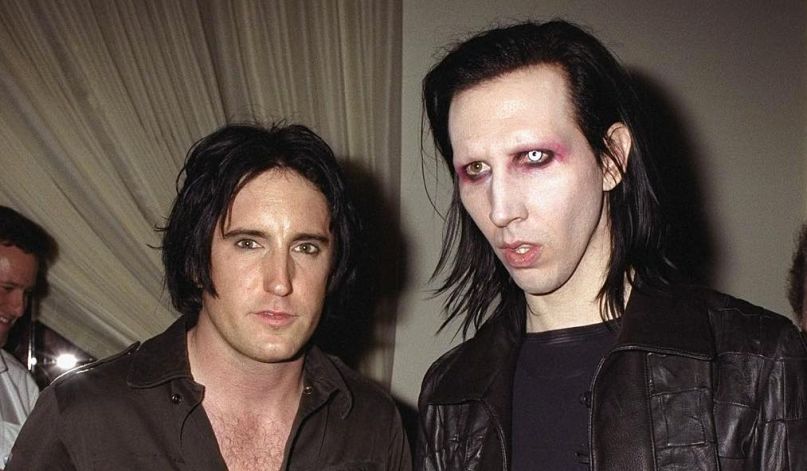 As the release of Marilyn Manson’s Heaven Upside Down approaches — see the video for its first single, “WE KNOW WHERE YOU FUCKING LIVE” — it seems the shock rocker is in the business of making amends. In separate interviews with Zane Lowe and Howard Stern this week, he addressed his long-running beef with Trent Reznor and his relatively fresh one with Justin Bieber.

For years, bad blood existed between Manson and Reznor, who had a hand in producing his first two studio albums. Part of their beef stemmed from Manson’s belief that Reznor had destroyed the master tapes, but that turned out to be untrue. For his part, Reznor said excessive use of drugs and alcohol had Manson into “a dopey clown.”

In his interview with Lowe, Manson revealed it was watching the HBO documentary The Defiant Ones that spurred him to reach out to Reznor. He also mentioned an e-mail Reznor sent him, wherein the Nine Inch Nails frontman said “something along the lines of, ‘Even if it pisses me off that music’s not dangerous anymore, it reminds me of how great you were and I was and that era.’”

Manson noted that he’s open to future collaborations with Reznor, and that the two have “been speaking about things. I don’t know what will happen. I would love to, yeah.” It’s worth noting that both Manson and Nine Inch Nails are set to appear at the Aftershock Festival in Sacramento next month.

Then, there’s Bieber, whose history with Manson dates back to when he coopted one of the Antichrist Superstar’s shirts and began selling them for $195. Manson revealed to us in a forthcoming interview that Bieber told Manson he made him “relevant again” when they met in person, words to which Manson did not take kindly.

“He was a real piece of shit in the way he had the arrogance to say that,” he said.

Manson addressed the incident during his interview with Stern. As outlined by Billboard, Manson showed Stern a series of text messages between him and Bieber, during which Bieber apologizes “if I was an asshole.” Manson responded by saying, “You were just you being you. No beef here,” though he joked to Stern that “you were just being you” could mean “you’re just being an asshole, or whatever.”

“Honestly, I totally thought we hit it off,” Bieber continued. Manson cheekily responded, “We are cool. People just made that shirt stuff into a fake feud. Let’s turn it upside-down and fuck the press and do something together. It will be the best. And don’t apologize, you weren’t an asshole. They asked if you were and I sort of agreed. I wasn’t out to get you.”

So, which collaboration comes first, you think?