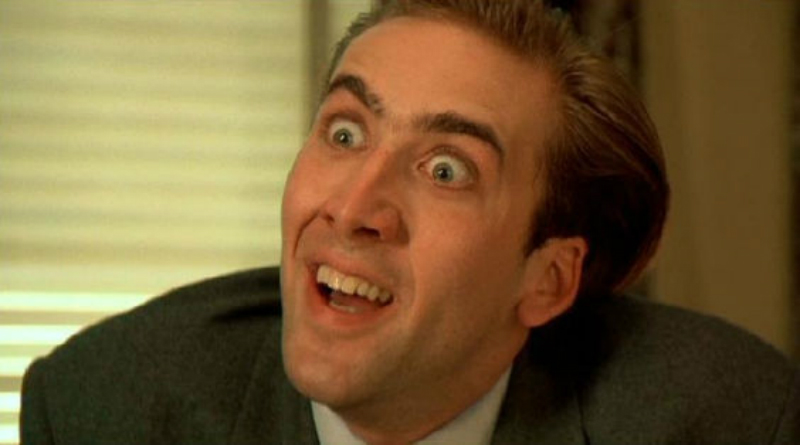 Nic Cage’s film choices are a lot like his hair: it’s impossible to guess what insanity is coming next. So when one learns that Cage has signed on to star in a film that’s directed by a stunt coordinator in which he battles a white jaguar on a boat, it’s really not that surprising anymore. And with the just announced Primal, that’s exactly what Cage will be doing, in what I’m sure will be a studied, nuanced performance.

Directed by Nick Powell, who oversaw stunts for The Bourne Identity, X-Men: The Last Stand and Cinderella Man, Primal is the tale of a big game hunter who has booked passage on a Greek shipping freighter that’s loaded to the gills with deadly animals from the Amazon, including the aforementioned white jaguar. Also on the ship, for some ungodly reason, is a deadly political assassin. As I’m sure you’ve already surmised, things go awry when the assassin escapes and releases the animals, who then wreak havoc on the ship and finally provide humanity with the answer to the question we’ve been asking for decades: who would win in a battle between Nic Cage and a white jaguar?

Primal marks the first project from financier Wonderfilm, and I for one am certainly wondering about this film—why is it being made for instance? If nothing else, Primal will most assuredly give us more classic Cage freakouts and have us wondering yet again where exactly the dude who starred in Wild At Heart, Raising Arizona and Leaving Las Vegas went. Get hyped for Primal by reading our analysis of every Cage perfomrance ever, and watching the below highlight reel of some of Cage’s more insane on-screen freakouts.

Previous Story
John Landis told his son not to remake An American Werewolf in London
Next Story
Ringo Starr wasn’t in the country for Brexit vote, but says “I would’ve voted to get out”
Popular
More Stories
[fu-upload-form form_layout="media" title="Submit Your Photo"][input type="hidden" name="ugc" value="1"][/fu-upload-form]