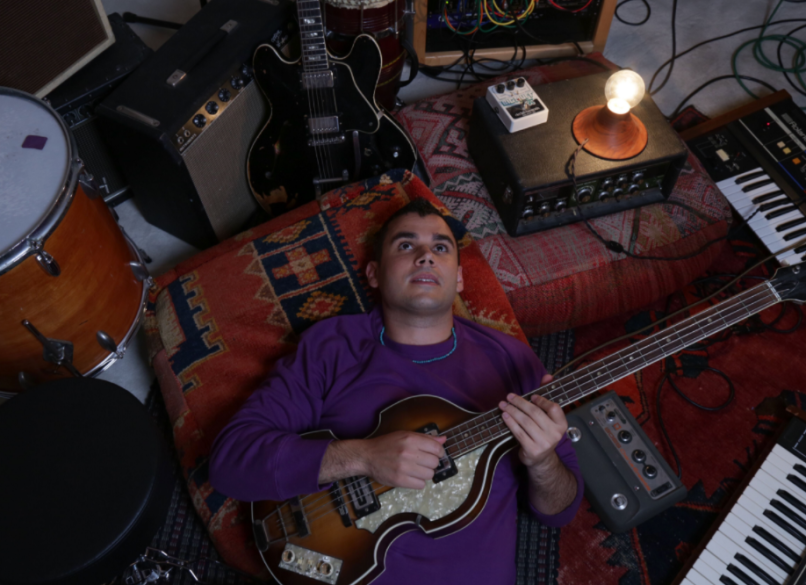 Since shocking the music world with his announcement in early 2016 that he’d be leaving Vampire Weekend, the wildly successful band he helped found, Rostam Batmanglij has kept incredibly busy. From working on records by the likes of Frank Ocean, Solange, HAIM and Carly Rae Jepsen to releasing a collaborative album with former Walkmen frontman Hamilton Leithauser—Batmanglij’s fingerprints are all over the modern musical landscape. Today the producer extraordinaire steps into the spotlight with the release of Half-Light, Batmanglij’s first solo record.

The 15-track effort, put out on Nonesuch Records, showcases Batmanglij’s deft grasp of a kaleidoscopic range of musical styles was and features previously shared songs  “EOS”, “Gwan”, “Wood”, “Half-Light” and “Bike Dream”. Despite the many styles on display, Half-Light never feels cluttered, something our David Sackllah noted in his review of the record, saying, “Batmanglij pursues a number of what could be thought of as clashing sounds that he expertly blends together in thrilling ways.”

“After a decade of shaping the musical world in various supporting roles,” Sackllah continues, “Batmanglij’s first proper solo record is a quiet revelation that places his talents front and center, the key to unlocking just how instrumental he’s always been, and will hopefully remain, for years to come.”

Stream the album in full below.