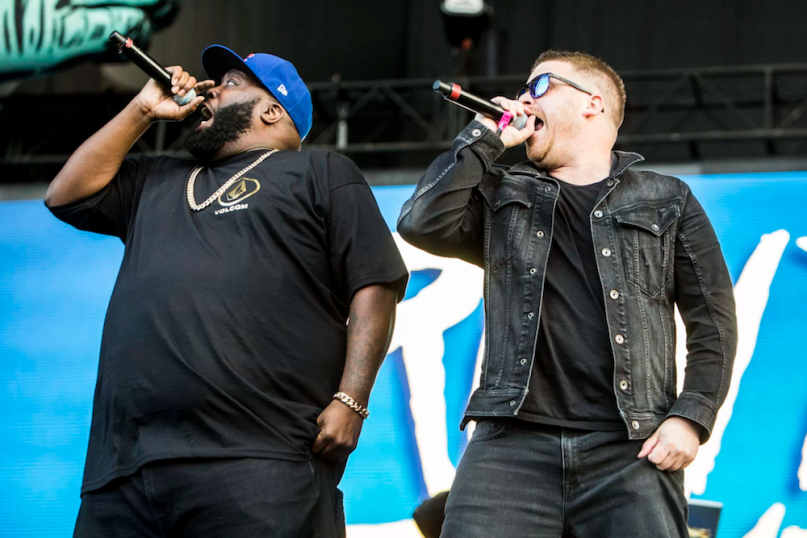 Run the Jewels have contributed a new song titled, “Mean Demeanor”, to the soundtrack for EA Sports’ FIFA 18 video game. While the game itself won’t be out until tomorrow, an alternate “El Tornado Mix” version of the song can be heard in a new commercial, as Pitchfork points out.

Check out the dynamic listen below and let’s keep our fingers crossed the official version comes out sooner than later (complete with El-P and Killer Mike mean muggin’ as the artwork, maybe?). Update – September 29th: The full, original track is now streaming via Apple Music and Spotify.

RTJ are no strangers to the video game world; they previously dropped the track “Panther Like a Panther” in a trailer for Gears of War 4, the same game in which they were actual playable characters. RTJ’s last album came with 2016’s RTJ3; over the summer, they put out a music video for single “Don’t Get Captured”.

Along with the hip-hop duo, the FIFA 18 soundtrack features songs from Lorde, Weezer, The War on Drugs, The National, The xx, and Slowdive. It also includes an original score by Junkie XL (Mad Max: Fury Road, Wonder Woman).