Plus, the London singer shares 10 Things from her extensive and varied record collection 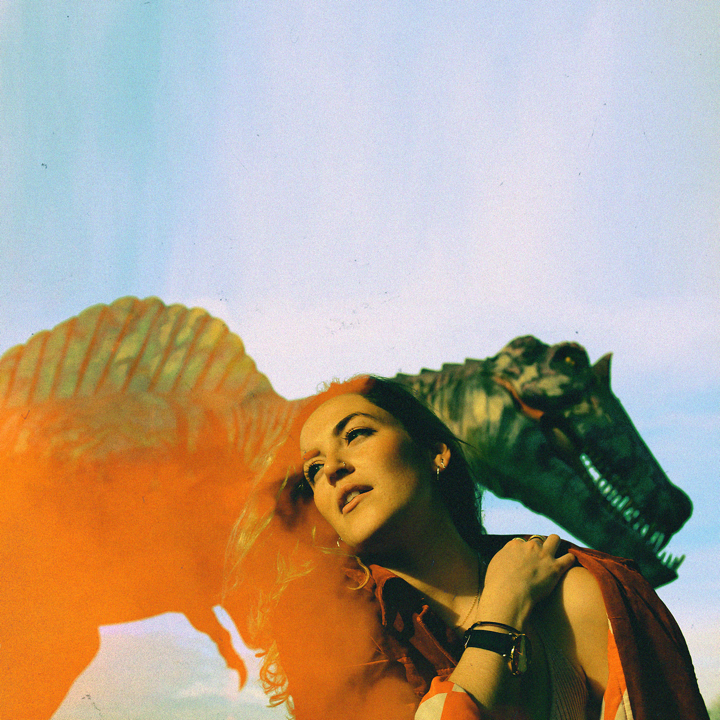 North London musician Emma Topolski has devoted much of the last few years to her various collaborative projects. She’s played and toured in the backing band of longtime friend Laura Marling (as well as appeared on her Reversal of the Muse podcast series), and, as part of the BBC Radio 1-backed outfit Childcare, she hit the road to support Bastille. Topolski’s so much more than just another face in the crowd, however. Amidst all these projects, she’s been steadily launching a solo career of her own under the moniker Saint Clair.

Here, Topolski’s Saint Clair persona draws on her past as a former jazz singer and lover of soul records to give us a track that’s both sultry and slow-burning. Rahm, a producer signed with Terrible Records (Blood Orange, Solange), is credited with helming the hazy backdrop. “Lights are out, blinds are drawn, in the sheets, so ready/ Feel my lungs rise and fall, breathing slow and heavy,” sings Topolski, her voice rich and sensual not unlike that of Jessie Ware. “I can’t wait to get away and lose my senses/ Out into a different world.”

According to Topolski, the single is about using slumber as a means of escape. “‘Amnesiac’ is about desperately anticipating sleep in order to escape reality and live in your dreams instead,” she tells Consequence of Sound, “being transported to a place where everything is untouched and reimagined.”

To further detail her musical background and jazz roots, Topolski has shared 10 Things from her extensive and varied record collection, including selections from Frank Ocean, Amy Winehouse, James Blake, and West Side Story.

If I had to listen to one band for the rest of my days it would be The Beatles. They evolved sonically over such a short space of time, triggering a new zeitgeist with each record and influencing generations of musicians all over the world. Me and my friend Luke went walking around Barcelona trying to sing every song in chronological order once. Revolver might just take the crown but every record is an endless smorgasbord of brilliance.

Another musical giant (and probably in every muso’s top 10). My love affair started when I was given a copy of ‘Songs in the Key of Life’ by an old music teacher and sang ‘Knocks Me Off My Feet’ at the school talent show. Since then I’ve seen him live 5 times and devoured every record with the same wide-eyed excitement, with ‘Innervisions’ firmly at the helm. Stevie’s music is so universal, with a bottomless choice of incredible songs to listen to or learn, that it truly binds musicians together.

I inherited my love of Supertramp from my Dad, who used to play Breakfast In America on repeat in the car. I love its Britishness; pairing tongue-in-cheek humour with a certain melancholy, as well as brilliantly witty lyrics.

Artists like Michael Jackson or Beyoncé seem almost mythical, so far removed from everything I know about the world that they’re like a different species. Amy Winehouse however was the first artist I could really relate to; she was a jazz-influenced North Londoner, around my age, we had mutual friends and she inspired me to say “that’s what I’d like to do”. Her lyrics and delivery were always formidable, heartfelt and full of swag; “I Heard Love Is Blind” in particular captures her ingenious ability to poeticize a good anecdote.

Growing up, I flitted between grinding at UK garage underage raves and moshing to emo/post hardcore bands. The Used were always my favourite; the energy and commitment at those gigs is something I haven’t often felt since. People sweating, dancing, crowd-surfing and screaming at the top of their lungs – you kind of lose yourself in the music rather than standing at the back of the room with a G+T analysing and critiquing everything. That first, self-titled record had the most stunning vocals and string arrangements. I actually did a cover of “Blue and Yellow” with an old jazz quartet (which should never see the light of day).

My sister and I know every single word (dialogue and lyric) to this film, rendering it unwatchable for anyone else. It’s the tragic story of Romeo & Juliet reimagined through Leonard Bernstein’s glorious score of complex counterpoint rhythms and lush harmony and Stephen Sondheim’s beautifully expressive yet raw lyrics. The film is deeply moving whilst never being overly sentimental and given our current political climate, seems to resonate as strongly today as it did back in the 60s.

The first track I ever uploaded to Soundcloud was a cover of “Thinking About You”. It completely blew me away the first time I heard it. I love the way his melodies sound like a stream of consciousness, taking you on a boundless journey around the song, giving it almost an improvisatory feel. He makes the music sound so effortless and nonchalant but the first time I had a go at singing the verse to “Sweet Life” was a car crash.

Probably my favourite ever male vocal and this record feels flawless and enriching on every listen. He captures bittersweetness with such intensity and passion, pulling the tempos around, introducing brand new sections, changing keys, flipping the mood at a moment’s notice. Only a voice that unique and honest can cover so many other people’s songs and completely redefine them.

Ella Fitzgerald — The Voice of Jazz

Jazz is the reason I started singing and “The First Lady of Song” is the absolute master. The first song I ever performed was her version of “My Funny Valentine”; such lush tones and effortless ad libs, incredible feel and range, plus she always sounds like she’s smiling when she sings. And fuck me can she take on any instrumentalist when it comes to improv. Check out the video of her doing “One Note Samba”.

James Blake combines all my favorite things and wraps them neatly in a bow. Beautiful traditional songwriting and musicianship paired with his signature production and sonics, he weaves through jazz, soul, R&B, electronica, dubstep with his unmistakable broken and wistful vocal. The songs can be restrained and poetic yet lush and occasionally gnarly; “I Never Learnt to Share” is a good example of a delicate tune growing into a huge in-your-face drop.