Dubstep producer whips up a jolting, fiery update of the DAMN. hit 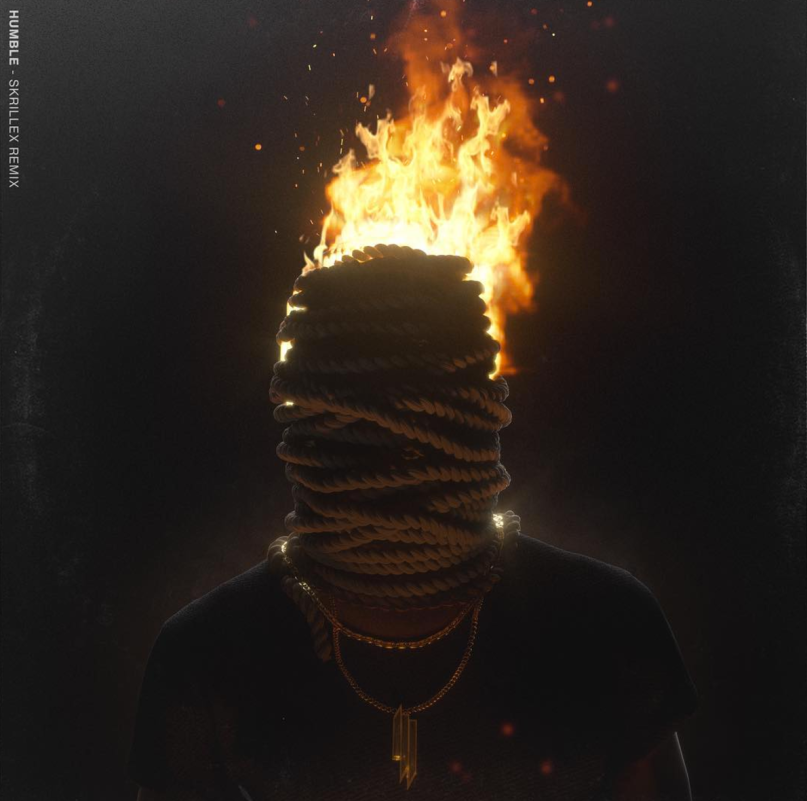 Fire featured throughout much of the visuals associated with Kendrick Lamar’s DAMN. hit “HUMBLE.”, including the music video and recent TV performances. Now, as the artwork above shows, Skrillex has carried over that heat to a new remix of the smash single.

As to be expected from the dubstep producer/DJ, the update is a dynamic listen riddled with jolting drops and other choppy electronic effects. Skrillex first debuted the remix live in May during his set at FORM Arcosanti, the festival helmed by OWLSA-signed act Hundred Waters.

Skrillex recently collaborated on songs like “Chicken Soup” and “Would You Ever”. As for King Kendrick, he put out his Rihanna-featuring “LOYALTY.” video over the summer; “HUMBLE.” was also parodied on South Park this past week.