Sweden’s LÉON shares the Origins of her new song, “I Believe In Us”: Stream 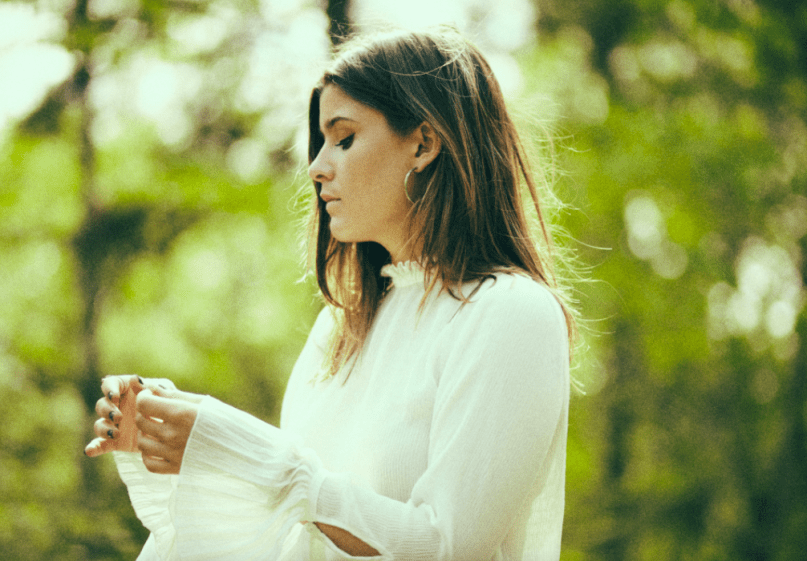 A familiar feeling of vulnerability oftentimes sets in after something traumatic, be it a harsh breakup or falling out between close friends. Our hearts, newly bruised and torn open, seem susceptible to damage more than never. However, exposing one’s emotional self to the elements can happen just as often in happier circumstances. In fact, the very act of love is essentially a gesture of vulnerability, as we’re putting our well-being and dreams on the line for someone else.

LÉON, an up-and-coming Swedish pop singer who’s earned the approval of megastars like Katy Perry, captures this exact sentiment on her newest single, “I Believe In Us”. Similar to her previous offerings, “Body” and “Surround Me”, the track finds the artist born Lotta Lindgren stripping all pretenses and readily giving in fully to her relationship in hopes of saving it.

“I was going through some stuff earlier this year when I just ended my tour,” Lindgren tells Consequence of Sound. “I had a lot on my mind and my emotions were kind of all over the place. That’s when ‘I Believe In Us’ came about. I’m always very honest in my writing, but it was almost scary to say some of the things that I’m saying in this song — even if it’s full of hope. It’s a song that means so much to me, and now I finally get to share it with the world.”

For our latest Origins feature, Lindgren details five sources of inspiration for “I Believe in Us”, such as Fleetwood Mac’s “Landslide” and the classic ’70s film Annie Hall.

This song is so important to me and is one of my favorites by Stevie [Nicks]. And the background story behind it makes the song even more meaningful. It’s kind of about standing by a crossroad, not knowing where you are going with your partner or just in general, but it is still a very hopeful song in my ears. I can really relate to it, because it’s what “I Believe In Us” is about to me.

I’ve spent a lot of my time in LA and I love it. But earlier this year when I was living there for a while I was going through a weird time in my life. I wrote a lot of songs and met a lot of new people all the time. And I remember being so up and down in my emotions. That’s when “I Believe In Us” came about. I really wanted to put all that I was feeling into a song, even if it’s hard to be really honest sometimes.

I thought of movies that show the realness of a relationship: Eternal Sunshine of the Spotless Mind, (500 Days) of Summer, Blue Valentine, etc. There are a few. What I love about Annie Hall is that it shows the struggles between two people who love each other, but with a twist and it makes me laugh even if it’s sad.

This is an Italian restaurant in Stockholm where I’ve gone many times with a certain someone. It’s been our go-to restaurant for special occasions, and I love it there. It feels very Lady and the Tramp! There’s just a lot of good memories from that place, and then also some bad.

I read this book recently and it’s all about love, why it’s working and sometimes not, how you find someone today and why it ends — compared to how it was back in the day. It’s about a lot of things. It really made me put things into a perspective and it made me laugh a lot. I think Aziz is amazing, and I’m a huge fan of his show Master of None. And his book was really good for me to read when I went through all my ups and downs.

“I Believe In Us”, as well as the two aforementioned singles, will appear on LÉON’s upcoming third EP, due out this fall. The new collection of songs follows March’s For You EP. Next month, she will head out on a North American tour.