Some big film and miniseries adaptations are on the way, according to Sai King 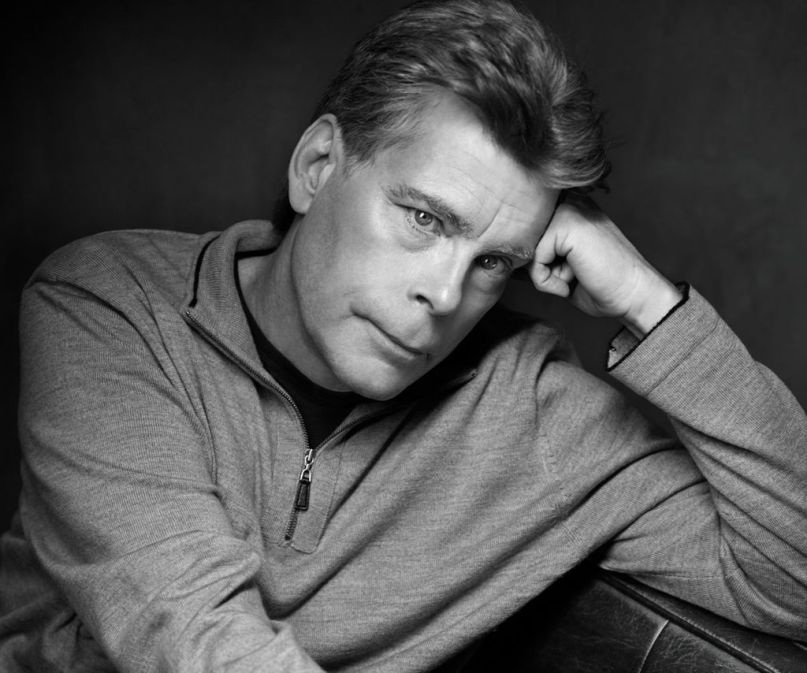 Stephen King is clearly enjoying a renaissance right now, what with the massive success of Andy Muschietti’s It adaptation, the warm reception to the forthcoming Gerald’s Game and 1922 features, a J.J. Abrams-produced series on the way, and, of course, Consequence of Sound’s own Stephen King podcast, The Losers’ Club, which you should absolutely listen to. Sai King hasn’t been too vocal about what all this success means for him at this stage, but that just changed thanks to a new Vulture interview.

In it, King discusses the good and bad aspects of his recent adaptations and opens up about what’s next in terms of his books being adapted. There was a lot to sift through here, so we’ve broken it all down for you below.

1. The Dark Tower miniseries will be a “complete reboot”

“We’ll see what happens with that,” King says of the announced miniseries that will presumably expand upon The Dark Tower’s mythology. “It would be like a complete reboot, so we’ll just have to see.”

While we know the series would center around Roland’s origin story in Wizard and Glass, it’s unclear whether the “reboot” comment here is in reference to the fact that it would require a new cast or if it’s going to divorce itself from The Dark Tower movie entirely, thus creating a new vision of Mid-World.

Despite him having told director Nikolaj Arcel that he “remembered the face of his father,” King acknowledges here that the movie wasn’t that great. “The major challenge was to do a film based on a series of books that’s really long, about 3,000 pages,” he says. “The other part of it was the decision to do a PG-13 feature adaptation of books that are extremely violent and deal with violent behavior in a fairly graphic way.”

While we agree with all of this, we most certainly can’t agree with his next comment, which praises the pox upon Hollywood that is Hollywood Hack Akiva Goldsman. “I’ve gotta say, I thought [screenwriter] Akiva Goldsman did a terrific job in taking a central part of the book and turning it into what I thought was a pretty good movie.”

2. The Stand could find new life as “an extended TV series”

Directors like Ben Affleck and Josh Boone have been crowing about a possible Stand adaptation for years, but now it seems these conversations are reigniting. “There’s talk about doing The Stand as an extended TV series,” King says, “possibly for Showtime or CBS All Access.”

Those are two very different networks, and the insane achievement Showtime achieved with Twin Peaks: The Return certainly has us hoping that’s the route this thing goes. We already got a network adaptation of the story in the ’90s, and King himself just said that a sanitized approach is not the best one for his work.

3. A Salem’s Lot feature might also be on the way

There’s been plenty of talk about adapting movies like Pet Sematary and short stories like “The Jaunt” as of late, so hearing that a feature version of Salem’s Lot is also getting batted around comes as something of a surprise. Of course, all King says is that “there’s been some interest in developing Salem’s Lot as a feature” so this is very preliminary, but studios may see dollar signs in reinvigorating the vampire franchise now that the residue of Twilight has more or less evaporated.

4. King believes his best adaptations are loyal to the source material

This probably doesn’t come as much of a surprise in the wake of The Dark Tower, but King rarely objects when people begin dismantling his work so it’s interesting that he puts it this bluntly. “I think that sometimes when people buy a book, they just want the situation and then they’ll build the movie off it. It’s like buying a launch pad and putting your own rocket on it: Sometimes that works, and sometimes it explodes. A lot of times, I feel like the filmmakers are better off if they follow the arc of my stories closely. Now, maybe that’s egocentric, but that’s the way I feel. With Gerald’s Game and 1922, they both follow the course of the books pretty closely, and the films that these guys made stand and fall on that.”

5. Really, though, he doesn’t care if the movies are bad

“I never had a problem with it, from Carrie onward. Even with Carrie, my feeling was, ‘They’re gonna make this movie. If it’s a success, it will help me do what I want to do, which is to write books.’ When I was in college, I read something that stuck in my mind from James M. Cain, who did The Postman Always Rings Twice and Double Indemnity and Mildred Pierce. He did an interview near the end of his life where the reporter said, ‘They ruined your books for the movies,’ and Cain snapped his head around and pointed at the bookshelf and said, ‘No they didn’t, they’re all right there.’ In a way, the book is untouchable.”