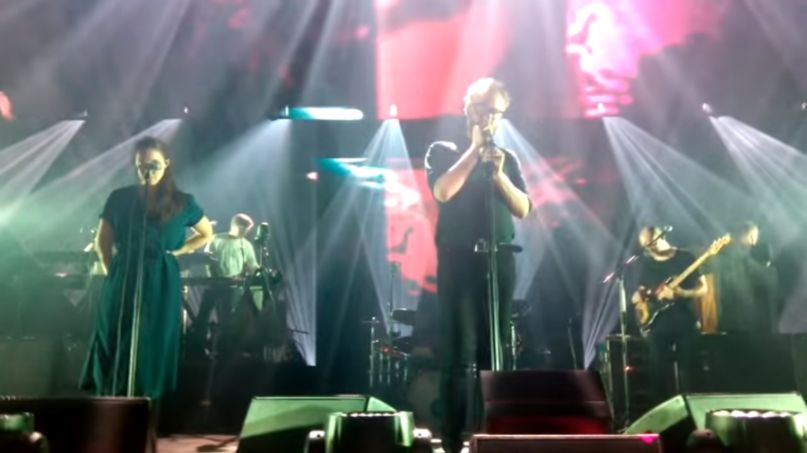 The National’s tour behind the excellent Sleep Well Beast has been a freewheeling one thus far, with guest appearances from the likes of Bon Iver mastermind Justin Vernon and an exciting mix of covers. Previously the band covered New Order’s “Vigilantes of Love” in the new wave band’s hometown of Manchester as well as the Talking Heads’ “Heaven”. This week, The National unfurled out two more intriguing covers in the form of Queen’s 1984 hit “I Want to Break Free” and Cat Power’s “Maybe Not”.

The latter is perfectly suited for The National to begin with, and the below performance is accentuated beautifully by backing vocals provided by Lisa Hannigan. The former is a truly left field cover for the notoriously morose band, but their version works, despite singer Matt Berninger’s introduction stating the contrary. “This was written by some dudes from the area,” Berninger tells the London audience, “it’s gonna be terrible.”

Check out both covers below, read our interview with The National here, and check out the tour’s itinerary here.