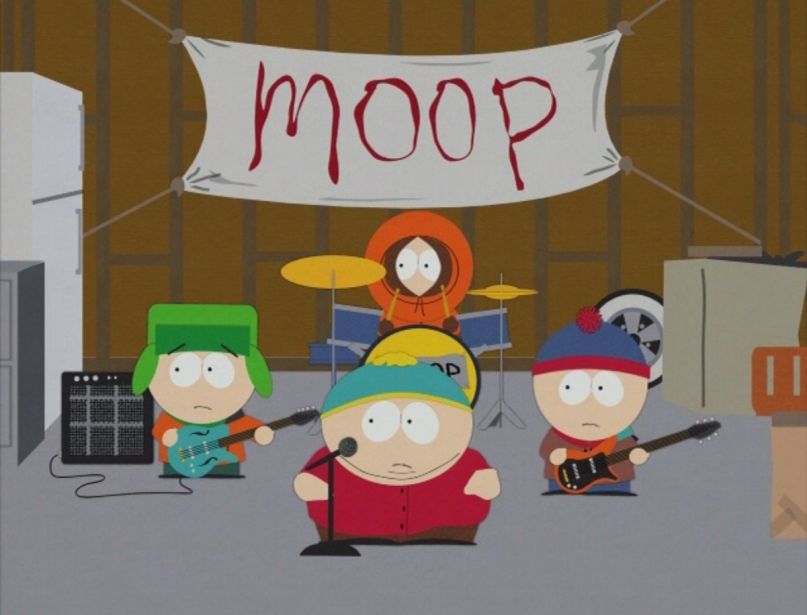 Music has always been an integral part of South Park: Primus’ Les Claypool sang the theme song; Rick Rubin produced the Chef Aid record; and co-creators Trey Parker and Matt Stone have managed to rile up Kanye West and countless other musicians, actors, and celebrities with cool island songs to melt their icy hearts … or was it warm tropical songs … never mind.

Since our favorite foulmouthed fourth graders are returning to Comedy Central for their 21st season this week, we dug deep into the South Park archives to handpick our definitive 100 songs in the show’s storied musical history. We’ve included music from South Park: Bigger, Longer & Uncut, but not Chef Aid or Mr. Hankey’s Christmas Classics cuts that didn’t appear, at least in part, on screen. We also ruled out songs by other artists that merely soundtracked the boys’ adventures. Otherwise, we took a walk down memory lane, way back to the early seasons when the boys were still third graders and ended at Season 20, which, believe it or not, gave us a top 10 inclusion.

You know, we learned something today: Whether you only swear by the older episodes or you still avidly watch the new ones, there have been so many priceless musical moments in South Park’s history. Enjoy reliving some of these classic songs and scenes.